Music for pregnancy and newborn 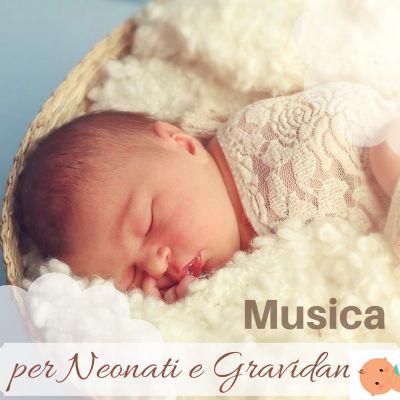 The music of Leonardo Trevisan ... already his music, basically an act of love. A love understood in the broadest sense that this term can have.

There is in his music the election of one of the most important and decisive moments that humanity lives: waiting.

Waiting includes many moments of existence, but here it is about waiting for existence. A mother who is expecting the birth of a child is normally suspended between joy, yes, but also anxiety and worry.

It is a huge change that the woman experiences, she is no longer a single being, strangely without seeing anything with the eyes of the body, she perceives with the mind the other presence whose signs are also evident in the body itself.


Therefore a moment of extreme perception of life, which Leonardo accompanies with the love lavished in his music. What does our musician do to indissolubly bind himself to the expectation of a birth? He composes notes of infinite sweetness, as if it were the mother who gave them to her creature, as if it were the eternal game of the mother of all, mother nature, who wants to alleviate the anxieties of the human mother, accentuate the serene sweetness of waiting for a son and mitigate the sense of rejection in mothers who have seen the waiting imposed and seek relief ... here I also see moments of support in Leonardo's music, comfort for those who do not know how to give themselves sufficient strength and this aspect in Sweetly mom It is well perceived, when the succession of notes like waves seem to lull those who wait and the purpose of relaxation is evident.

It is not necessary to dwell on all the compositions of ours because they are all united by the thin yet iron thread of serenity always felt in those who listen to them.

I talked about one, Sweetly mom, because in my opinion this flies even beyond the expectation of a new life and enters the world of all of us so that we can use it when the day appears heavy with its pressures and we would like to escape it looking for relief. in what happens to us and luck could give us the opportunity of these notes ....

However, I do not want to exempt myself from making a brief consideration on the title composition Good night my Love, where the same title is emblematic and expresses the great love of the mother who by now no longer expects the fruit of her expectation in front of her and this time turns not only with her thoughts, but also with words, to her son, words that Leonardo knows how to transform admirably into notes, giving a precise and very pleasant sense of the bond between mother and child, a bond that this time is no longer passive and present only in the mother's mind, but responds in a mutual exchange of tenderness, in fact our Venetian musician marks a common thread that, as in a circle, starts from the mother's love for the child and ends with the closing of the circle in the child's affection for the mother, a circle, a continuity, not a segment that has a beginning and an end.


In this regard, an anecdote by Leonardo who says he started this kind of music for expectant mothers and newborns, which already harbored in his mind, when playing in church on the sad occasion of his mother's death, a ray of light that penetrated through a glass window gave him the certainty that his mother's love for him had been transformed into the eternal bond of the son to those who had given him life.

Leonardo Trevisan, a whimsical character, no longer wanted to keep his membership in the SIAE because love is unpaid and every mother and every child, rich or poor, can so freely access his music that comes from afar.

Already in the early 60s, collaborating with a now very famous character of pop music, he came to a break because the character, not yet such, however with character, reproached him for having turned to another musical genre that is not very acceptable, perhaps, but Trevisan even then his music felt like this, compositions to be dedicated to the most exposed beings: expectant mothers and newborns and cradle them because the sense of perpetuation of existence has two moments of extreme vulnerability in the mother who is waiting to see her child and in the child waiting to see the light and then begin its journey.

For pregnancy and relaxation:

Read "Music for Pregnancy and Newborn" and "Babies Love Music"

Also listen to the podcasts of Relaxation Music for Pregnancy

Do you want to talk to other mothers? Go to the forum

TAG:
Music for babies: why it's good for you, how to listen to it and which songs to prefer ❯

add a comment of Music for pregnancy and newborn