My child does not play with other children, is there something wrong? 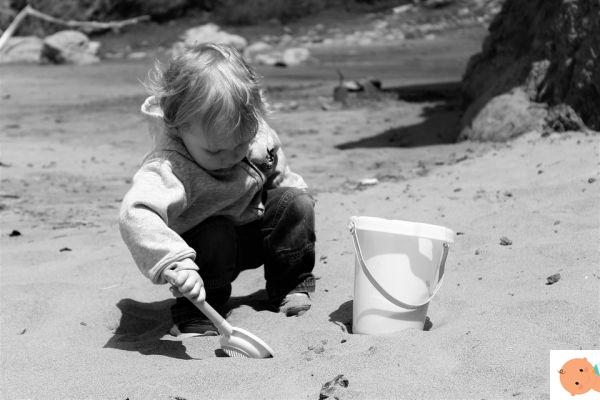 Seen through the eyes of a child ... Silvia, a year and a half, is surprised. That the father on Saturday afternoon goes to watch the football match with his friend Matteo, that's okay. But what are you going to do with this other child? Above all, how does this Chiara come to mind to play her games? … And with the eyes of parents Even fathers are amazed: why are their daughters of the same age unable to be together for half an hour? Did we do something wrong? Do we have to be there with them too?

- The development of the child from one to two years

- The development of the child from two to three years

What the expert says

Janina Knobeloch, pedagogue and teacher at the Berlin Institute of Children's Pedagogy, says: "Actually, during the second year of life, children still don't play together. Rather, they play close together with the same game." The fact that one-and-a-half-year-olds swap bricks or molds represents the first step towards playing together. What is true for language learning is also true for social play: there are those who start before and those after. Children who go to the nursery or younger siblings often get there first: they first have to deal with questions like "mine" and "yours" and imitate the game of the older ones, because behavior in society must also be trained. Little soloists can be helped if they are placed in a play group or if they can participate in mother-child gymnastics. A tip for fathers: you shouldn't play with your daughters or help them in any way, but neither should you be angry if one wants to insistently watch football in dad's lap.

Read the other typical situations:

Do you want to compare yourself with other mothers? Go to the forum dedicated to the education of the child

add a comment of My child does not play with other children, is there something wrong?