My daughter asked me to buy her cell phone: a mother's doubts 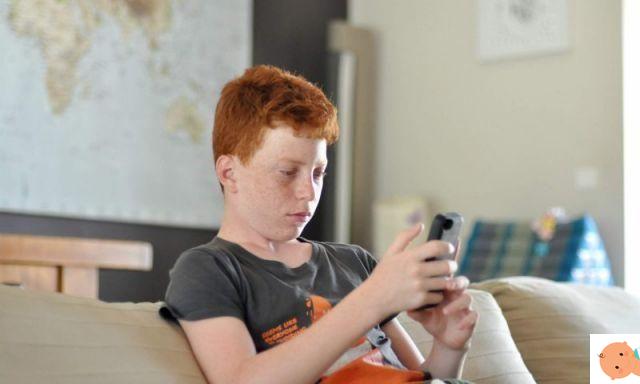 “My daughter is 11 years old, she just started middle school and she asked me to buy her cell phone. So far I have always said no, even if she has been messing with mine for some time, but apparently all her friends have it and she feels less. My fear is that, once she gets it, she lets herself be 'captured', she gets distracted in her tasks or gets lost behind the various groups. And that, given that she is in an age of great fragility, she lets herself be ensnared by comments, criticisms, anxiety for pleasure. How can I as a mother try to prevent this? Can postponing the purchase of a mobile phone be a solution? Or buy it for him but make sure that he uses it more consciously? " (Loredana)

"At the center of the question is not the right age in which to buy a cell phone - which, as the mother herself says in the letter, the girl has been using for some time - but rather the anxiety of the parent linked to the use of the cell phone from part of his son and the trust he has in him, which involves all aspects of their relationship ”begins Federico Tonioni. “For example, when a child goes out with friends, we parents can imagine that he is having fun or taking risks, that he will know how to behave or not. The same is true when he uses his cell phone: if the parent is inclined to trust his son, he will trust him regardless of whether or not he has a cell phone in his hands ".

Read also: 10 basic rules for educating children to use smartphones

What scares us parents, however, are above all social networks or 'certain sites'

"Again, at the base there are always our anxieties as parents" continues the psychiatrist. “It is true that there are 'dangerous' people on the internet, but if we think about it, there are many more cases of violence at home than the cases of minors lured on the internet by criminals. And that the images that happen to see on TV, including news and reality shows, are much more violent and harmful. Which we should avoid submitting to children by making a more careful selection than what we parents first look at. Finally, even if they happen on 'certain sites', at that age they do not even understand what it is and have no curiosity to return there. Especially if, in real life, they have much more fun alternatives. Finally, I realize that, when they receive the mobile phone, the approach to the internet takes place gradually: at first they are content to create a personal profile to exchange messages with the group of the class or the sports team, then a little at a time they begin to get to know the social networks with a public profile. But by then they already know how to juggle. Even better than us ".

Read also: At what age to give the cell phone to the child

Rather than asking ourselves whether or not it is right to buy a cell phone for our children, we should make sure, even before they have one 'of their own', to teach them how to have fun in a healthy way. First of all with us. “We parents very often let ourselves be replaced by certain instruments without ever taking part” comments Tonioni. "Instead of ditching the child all day in front of a screen (perhaps criticizing him for not being able to do anything else or labeling certain games as silly), let's play with him on a mobile phone or tablet and have sincerely fun doing it, without pretending to play while we watch the news or check the Ansa on our mobile phone! Being together allows us to get to know him better, to build a relationship based on trust, to find out how social networks or certain websites are made, such as the right behaviors and those that are best avoided. And when he has his own mobile phone, our son will be able to reap the benefits of what we have taught them ".

Read also: Smartphones and internet games: how to educate children to use them correctly

Don't get anxious about checking his cell phone

Once we have bought the coveted cell phone, let's not get caught up in the fixation of wanting to control all its activities, "both because it is useless to delude ourselves into being able to control everything, and because it is a betrayal of the child" says the expert. “Let us remember that it is not only the children who must be trustworthy and respectful towards us, but we must also be so with them. This does not mean abandoning them, but recognizing our limits of action and learning to trust them. And, once again, of what we have taught them ”.

… Or to impose rules 'from above' on its use

'Now turn off your cell phone!' 'Don't chat with friends while doing your homework!' How many times have we said that? The cell phone cannot be used unlimitedly and we agree that if he is constantly chatting, he will never finish his homework. “Giving a child a rule serves to help him become aware of his own limits” explains Tonioni. "But if it is imposed from above, it only hides the parental absence (which cannot make itself heard in any other way), generates anger in the child (because it is reduced to obedience without the possibility of replying) and above all it does not produce any actual result. The rules must be given to trigger a negotiation, especially with teenagers. And the negotiation ends when a compromise is reached where each of the two gets something and gives up something. So let's ask him to try to turn off his mobile phone while he is studying and turn it back on maybe once an hour, let's point out that even us adults have a mobile phone next to the computer distracting from work. Only with dialogue is the rule truly accepted and the child takes responsibility ".

Let's look at the positives of cell phone use


We do not think only of the dangers, real or presumed, of the mobile phone. An American study says that the continued use of cell phones makes children more alone. "When a child is on social media, he is not alone" underlines Federico Tonioni. "On the contrary, he has the opportunity to communicate with friends with whom he cannot see each other often, moreover, within the various groups he has the opportunity to discuss problems related to homework or, why not, on more futile issues, which still do part of the variegated world of adolescence ".

Fear of the judgment of others? It certainly does not depend on the cell phone!

Another fear of the mother is that her daughter will feel more exposed to the judgment of her companions or let herself be taken by the anxiety of not being liked. “These are phenomena that have always existed and that do not depend on the mobile phone” comments Tonioni. “Even when there was no internet, some comrades were excluded, not everyone liked each other and certain attitudes made people suffer. But we survived the same, indeed, the negative experiences helped us to grow. Quite the opposite is true, that is, sometimes social networks give the opportunity to let off steam, to receive encouragement, comfort and affection from friends, to connect, to discover new points of view. For the rest, if a boy is 'equipped' well, he believes in himself, he will not be touched by a less positive comment. But we parents have to give him this equipment. And stay close to him when we perceive that something is wrong ”.

Beware of social withdrawal
"If a kid is a lot on social media but at the same time goes out, hangs out with friends, plays sports, has a girlfriend (or a boy), everything is fine" the psychiatrist emphasizes. "What has to put us on the alert is if we notice that he is constantly in front of his cell phone or computer and he never goes out, he never feels the desire to really meet friends and have fun in person with them." TAG:
My daughter looks fat ❯

add a comment of My daughter asked me to buy her cell phone: a mother's doubts