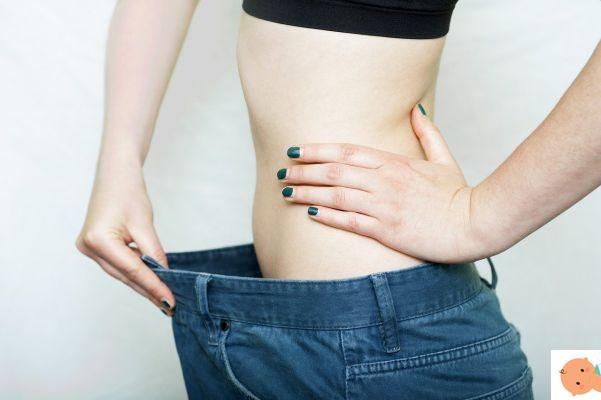 She begins to complain about her jeans being too tight, she always keeps an eye on the scales, drastically cuts down on pasta and condiments: in a word, she gets it into her head that she wants to lose weight. And there the fears of us mothers begin: won't she be taking it too seriously?

“Having reached pre-adolescence, all the girls begin to look at themselves with a critical eye in the mirror, to confront themselves with their friends, ready to grasp every defect on their body” says the psychologist. “During middle school, in particular, the body changes at a rapid pace and a conflict is easily established between feeling still a child and finding a body that is assuming the proportions of a girl. It is the age in which the desire to feel pleasant, welcomed by others increases. And above all 'on the other', given that in this period the first infatuations begin. Everything is normal (have we perhaps forgotten the hours we spent in the mirror analyzing the strengths and weaknesses in the smallest details?) And yes there is nothing wrong with that, but we parents have the task of ensuring that such an attitude remain within the limits of the physiological.


Here's how to behave.

Read also: How to manage pre-adolescence: here are the tips for parents

If we notice some of these behaviors:


it is best to talk to an experienced psychologist. "Done in time, even with just a few sessions it is possible to reverse the course and correct the girl's relationship with food" concludes the psychologist.