My son always answers me badly 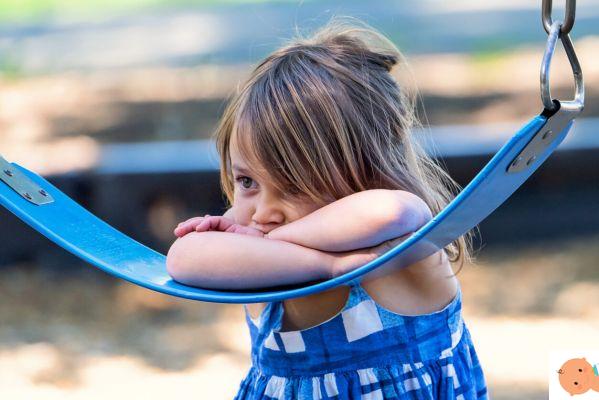 My son always answers me badly

Sometimes it happens without warning, in other periods of life it seems to be the only way to communicate; in any case it is difficult to meet parents who have never happened to hear from answer badly from their own child. But how to behave in the face of these episodes? The advice of Giovanna Ambrosone, pedagogist and specialist of the Touchpoint Approach.

Because your children respond badly to you

«Before going into the specifics, it seems important to me to share a fundamental aspect of the growth of children and young people - Ambrosone said - They need, in order to become autonomous, to differentiate themselves and progressively distance themselves from parental figures. We will encounter this aspect several times in our path as parents: let's think for example of the "terrible two" (the terrible 2 years of life), the Lies improbable in kindergarten, to use an adolescent idiom that is often incomprehensible to us ".

They are all expressions, proportionate to age, of a desire for affirmation and opposition. They are ways to experiment paths towards independence and to express, with actions and words, their ideas and their will to make small and big personal decisions. Each age with its specifics.

Read also: How to recognize the stages of children's growth

Why do children aged 4-12 respond poorly

In childhood, phrases like "Dad you're bad", "Mom you're a witch" can leave us incredulous and yet they belong to the strategies that children use in the strenuous phase oriented towards self-affirmation and therefore to claim their own individuality separate from that. parental. "In addition to "no" and oppositional behaviors, it is not so infrequent that the child criticizes and attacks parents with phrases which, if taken literally, risk sounding strong and inadmissible. The child, saying "mom, dad, you are bad", communicates at that moment his anger or his sorrow for something. In fact, if we stop to observe, we see how certain phrases, as well as certain behaviors, are never random: it is very likely that the child criticizes the parents or pushes them away, if perhaps he has been reproached for something, if he has been contradicted or is something denied. THE children respond poorly to limits which place parents on the growing capacity to understand that their magical thinking cannot change things ».

Faced with these moments, stop for a moment and put these 3 tips into practice:

Read also: How to be a present parent in 3 words

Why do teenagers respond badly

When does the transition toadolescence the need for self-affirmation and distancing, to enter the world in their own way becomes even more evident. “In this situation, many times the parent becomes an easy target for children who are in a phase of growth and multiple changes, they are more irascible and become more angry if the adult does not respond to their requests. The children use offensive language and strong expressions to experience a distance from the adults of reference, to try to undermine their supremacy and earn their place in the world ». Many times these oppositional behaviors also represent a search for attention and above all for acceptance on the part of the child: "When the mother or father are burdened by the continuous ways of doing children and often repeat to him not to behave in a certain way, a mechanism by which they feel rejected and pull the rope even more ".

Read also: Teenage children: we give them rules and not commands

3 ways to deal with an unresponsive teenager

3 ways to deal with an unresponsive teenager

Here, too, the advice is not to take it personally and too literally: "Try to remain calm, because if the child comes to say" I hate you "," I can't stand you anymore! " she often says it but does not think it: certain behaviors, which seem an attack on the adults of reference, actually communicate a need for affirmation and differentiation ". Therefore you can implement these 3 strategies:

Tips for not arguing in distance learning

Now that many kids are not in school, but school comes home through DAD (distance learning), the moments of tension and replies could increase. How to deal with this situation semi-lockdown with teenagers? To the previous ideas we can add:

Giovanna Ambrosone is a pedagogist and specialist trained in the Touchpoint Approach, a neuro-evolutionary model conceived by the American pediatrician TB Brazelton to help parents read the various stages of a child's growth.

TAG:
My child does not play with other children, is there something wrong? ❯

add a comment of My son always answers me badly