My son hates me 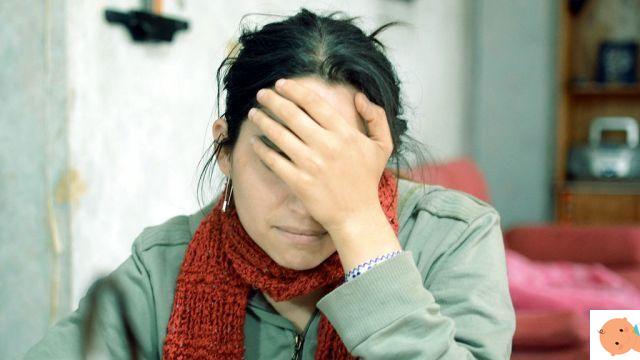 Behind an attitude of apparent hatred often hides a fragility of the boy, who is trying to find his way towards the construction of his own identity and, in this difficult path, is very afraid of disappointing the expectations of his parents. We talk about it with Tania Scodeggio, psychologist, psychotherapist and vice president of the Minotauro Foundation in our city.

It was once a form of rebellion and transgression

In the past, forms of transgression were hidden behind similar behaviors: attacking the parent was a way of rebellion against an authoritarian figure, towards which feelings of hatred and revenge developed for what the 'master father' prevented from doing.

Read also: Adolescents in crises and "spoiled": 8 tips to manage them

Today the alleged hatred comes after so much love

The parent-child relationship has changed today: children become adolescents after being very loved, valued children, fed with goods of all kinds and invested with great expectations. Never a conflict, never a disappointment.

Being a teenager means looking for a way to differentiate yourself ...

"For boys it is very painful to abandon such a valued infantile self," observes the psychologist. "But it is inevitable, because becoming a teenager also means learning to do without mom and dad, building one's own path, experiencing one's limits and trying to walk on one's own legs".

… And reinvent a relationship with parents

In this process of growth and construction of the personality, the relationship with parents must inevitably be rearranged, because it is necessary to organize the distances that, from a certain age onwards, are physiologically created with respect to mother and father. While distances are shortened with peers, who have become new points of reference and comparison.

Read also: Anger and aggression in adolescence: how parents can manage it in 3 points

Hatred hides a feeling of fragility ...

In this context, defiant attitudes can easily arise between the former golden child and his parents. "Certain behaviors, rather than being an attack against mom and dad, attest to the desire to become an independent adult capable of making different choices, looking for something that makes him feel good, even if it is not the behavior that the parent wanted to he. With this confident and cheeky way of acting, the boy would like on the one hand to make visible his need to detach himself from the umbilical cord, on the other hand to hide his fragility and his fear of disappointing the parent, who would expect to reap the benefits of everything. what he sowed during his childhood ”explains Tania Scodeggio.

… With an eye to the reaction of mom and dad

While making all these 'life attempts', the kids, even if they try not to show it, place a lot of value on the returning look of their parents and it is important for them to know what they think of their choices. Apparently they build a wall, in reality, in a way that seems inconceivable to us, they keep asking us to be supported and loved even if they are different from what we expected.

Also read: The letter your teenager cannot write to you

Even after analyzing the hidden motivations, the fact remains that it is not easy for the parent to accept hostile attitudes. Here then are the suggestions of the psychologist

Try to see things from another point of view
That is, trying to understand the true meaning of certain behaviors, bearing in mind that our children were not raised according to the educational model of the past, linked to the system of rules and punishments: after having received understanding and reflection from us, they still need to receive this type of relationship

Immerse ourselves in their choices
Conflicts with children and, consequently, their attitudes of anger and challenge, arise above all because the parent does not share the choices of the child. We try, as far as possible, to also evaluate the hypothesis that their choice is valid, although we think differently. Let us always remember that they do not do it to spite us, but to prove to us and to themselves that they are other than the parent.

Let's listen to their reasons
We do not close ourselves to dialogue: we listen to their point of view, let's try to put ourselves in their shoes, reach them with our minds where they are, let's try to understand what they really mean to us, even if the first temptation would be to entrench ourselves on ours. position and close the conversation with a hasty "no". The hateful attitudes of children also arise from not hearing their reasons understood.

Let's recover the beautiful relationship of childhood
It is impossible to fully recover it, because our children have become different people. We accept change but we always keep in mind that, with a little effort, the beauty of those peaceful childhoods is not lost, that the relationship can be recovered even if in new ways.

We keep the level of conflict low
When we confront each other, we always try to keep the levels of conflict low: if he raises his voice we do not increase the volume, if he closes a door for us we do not close it ourselves. It is true that, before being parents, we are human beings and that certain behaviors arouse anger, resentment and the bitter feeling of having lost value in the eyes of our child. We keep telling ourselves that his is not true hatred. And let us remember that we are always the educators. Even when we already have our problems and don't have the slightest desire to get involved in theirs.

Read also: My son smokes joints: what to do

Let's be interested and curious
Guys are very sensitive to everything that happens in the relationship, starting with our own gaze: when they talk to us, we leave other matters, sit next to them, watch them explain their point of view, ask questions. Our availability or unavailability for dialogue can be understood in a thousand details!

Trust him
Dialogue does not mean putting ourselves not on a par with our children: our children are not looking for an equal, but for an adult of reference, who, even with some conflict, can give them confidence in their ability to become an adult. The message to be transmitted must be "you will do it", even if sometimes his choices do not perfectly coincide with ours, even if sometimes he disappoints us.

Let's reopen the door
It can happen: the tones have become exasperated and the door has closed in our face, perhaps even in the true sense of the word. But then our son comes back and shows himself available to resume the dialogue. We do not deny ourselves. Even if he teases us with the classic phrase 'you don't understand me', we don't give him tit for tat with an 'I'm angry and I don't want to talk to you', 'we have nothing to say to each other'. Let us rather ask him to explain to us why we have not understood it, let us accept the dialogue, let us continue to be welcoming. Because that's what they need.

Also read: what to do when teens retire to their room TAG:
My son always answers me badly ❯