My son is spoiled. Or not? 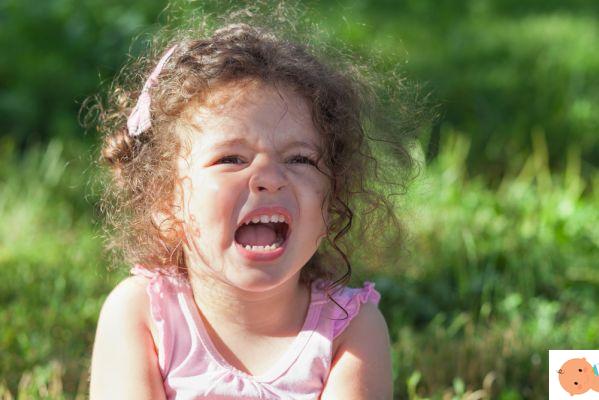 My son is spoiled

"If you do that, you spoil him!" How many times have we heard this in the face of our maternal (or vice versa, paternal) failures by way of reproach from our father (or mother), grandmother or friends?

Ma Is our son really spoiled? Or are we simply doing our job as a parent well by responding to their needs? In fact, some child development experts argue, the adjective 'spoiled' is a term that is often overused.

"A newborn (and a child in the first year of life) cannot be spoiled. Babies cry because they need something and it is difficult to spoil them because they are not trying to manipulate or manipulate the parent. In early childhood, moms (and dads) really have to build the feeling that the world is a safe place for them, "he explains to Webmd to David Elkind, a lecturer at Tufts University and author of" The hurried child: growing up too fast. too soon ("The fast child: growing up too fast and too soon").

In short, there is no way to spoil a baby of six months or so. Maybe later, giving her all won and not putting any obstacles in her behavior.

"There is a lot of parenting literature that still talks about spoiled babies / infants, but it's a false myth that needs to be cleared up once and for all," agrees Peter A. Gorski, director of a US mother and child health center. child at the University of Florida.

And he cites some studies that show that infants whose parents respond quickly to their needs, including crying, are happier and more independent on their first birthday. Because? Simple, says Gorski, these babies learn to trust and know that mom is available when they need her.

Spoiled children, how to recognize them

And what about the whims of the two to three years? Are these children really spoiled? No, says Elkind. Tantrums reflect a normal part of their development. "This does not mean not being able to limit the child or always having to give in." In general though, even if the child always says "No, no, no!" whenever he doesn't want to get dressed or eat, he doesn't mean he's spoiled. It is simply in this phase of growth.

So how do you know if a child is on track to become spoiled? Elkind gives some examples.

You serve dinner but your child doesn't want to eat what's on the table. You can even prepare a special meal for him once in a while. But, according to Elkind, a child who demands a different meal every night is well on his way to becoming spoiled. So what to do? "If a five-year-old misses a meal, he won't hurt him."

Tantrums are normal behavior for two-three-year-olds, but if a five-six-year-old makes them by throwing, for example, a dress he doesn't like, that behavior must be considered inappropriate. "For young children, tantrums may be the only way to communicate, but for older ones, tantrums have a manipulative intent," notes the teacher.

If the child can't go to bed without his mom, never wants to be with his grandparents or babysitter, and throws clothes when it's time to go to school, there may be a problem. "It is true that the child depends on the mother but when he gets a little older he has to learn to be comfortable with other people and a little alone," says Elkind.

Read also: Education: the 10 fundamental things we need to teach children and teens

Spoiled child, how to do it

So how can you not raise spoiled children? By setting appropriate limits for each age, starting as early as two to three years old, says Gorski.

Clearly set the limits related to the safety of the child. For example: "The hot pot is never touched", or "Don't run down the street". Once established, never change the message as it confuses the child. That is, once you tell him that doing this is dangerous, the next time you close one eye. That's no good!

Are there any rules of good manners that you particularly care about? Of course, every mom (dad) has her own. For example, saying 'please' and 'thank you' or not being too rude to other children. Every mom should encourage and reinforce positive behavior "rather than insisting on negative behavior," Gorsky says.

With older children, you need to talk openly. But when asked "why are you doing this?", The child may not even know what to answer. Better to ask yourself this way: "I wonder why this keeps happening". This open indirect sentence could give the child space to explain. You may be amazed at what you learn!

Getting angry will only make you feel bad (afterwards) and appear out of control (kind of like a spoiled child!) - this behavior does not teach the child to behave in turn.

Always do what you promised. If you tell the child that he will be punished if he does a certain thing, he must know that if he fails, the punishment will indeed be triggered. The threat like "If you don't learn to play quietly, I'll take your toy away from you," doesn't work if you've said it dozens of times before without actually practicing the action.

Finally, concludes Gorski, let us remember that when children are out of control, they are not spoiled children but cry for help.

The best thing is to start early and consistently to set limits, understand the needs of the child from an early age in the delicate and critical balance between freedom and limits

Gorski never talks about spoiled children, rather about overprotected children or towards whom one is too lenient. These children become little dictators, according to him, because their parents treat them as much younger children than they really are.

When a child well over three years old continues to behave like a baby or toddler, kicking, screaming, biting other children, and using ways of communicating thoughts and feelings that are inappropriate for their age, they may be a signal that "he is not sure of himself".

TAG:
My son smokes joints. What to do? ❯

add a comment of My son is spoiled. Or not?