Mycosis (or skin fungi) in children, symptoms and treatment 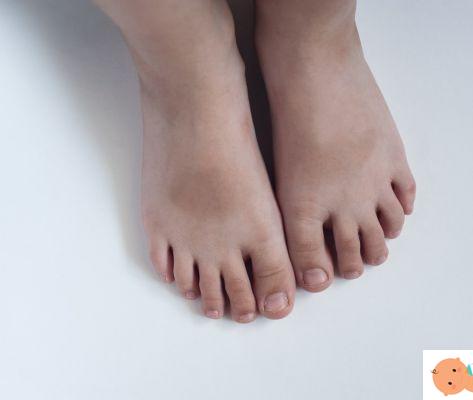 Le mycosis more common that can occur in children are thrush, diaper rash and ringworm. Let's try to understand what the symptoms of mycosis are, how they are recognized, how they are treated and if there are rules of prevention.

1) How does mycosis manifest itself in children?

The signs of infection are different depending on the affected area of ​​the body.

Mycoses are skin infections caused by microscopic organisms, called fungi or, more commonly, fungi. They can be divided into two large groups: yeasts and tigne.

1) The yeasts they are fungi that live in the human organism. But in some particular conditions, such as during prolonged antibiotic therapies or following a drop in the immune defenses, they can take over the microbial flora and cause infections. One of the most common yeasts is the candida, which in newborns can give rise to thrush or diaper rash.

2) The tigne instead they are fungi that feed on keratin, which is the main protein of the skin and hair, and for this reason they can affect both hairless areas (a typical area is the foot, where mycosis is commonly called athlete's foot) and the scalp. Ringworms can be taken from contact with other individuals, with infected animals or from the ground. A form of mycosis can also affect the nails (the so-called onychomycosis), however it is very rare in children.

2) How are children's mycoses treated?

In most cases, just apply one to the affected skin antifungal ointment, which inhibits the growth of fungi: "Generally one is effective topical therapy with imidazole derivatives, but in the folds it is very useful to add le as well brushing with eosin"says the dermatologist. The duration of the treatment is quite long - even three weeks - especially when it comes to ringworms.

As regards the mughetto, oral mucosal drugs can be used, which are not absorbed by the infant. But avoid the do-it-yourself, you need to consult the pediatrician.

For theand ringworms of the scalp instead, treatment is required with an antifungal by mouth: generally, griseofulvin is used, an effective drug well tolerated by children, which should be used for at least 3 weeks.

Se mycosis affects the nails, in children a topical therapy based on antifungal enamels is always tried, to be used for at least 3 months.

3) Is it true that mycoses are more frequent in summer?

In summer, mycoses are more frequent, because the hot-humid climate favors the proliferation of these microorganisms, but also because summer clothing leaves the skin more exposed and children's outdoor activities spread infections more easily among individuals.

4) Are there any rules for preventing mycosis?

For thrush and nappy rash of fungal origin, the only useful prevention rule is to not abuse antibiotics. In fact, antibiotics cause an imbalance in the intestinal bacterial flora. The child in that situation will get infections more easily.

For ringworms, the prevention rules are: avoid contact with stray animals (even puppies) and with subjects affected by ringworm. "To avoid contagion, if a child or an adult discovers that they have mycosis, they must treat the affected areas of the body and then cover them with plasters or bandages, avoiding contact with other people," says the dermatologist.

Finally, as a general rule, avoid the use of common objects, such as towels or clothing, and keep the baby's skin dry, especially in the folds.

Read also: Warts in children, how to spot and treat them

How to cure mycosis in babies?

In general, it is sufficient to apply an antifungal ointment on the affected skin, which inhibits the growth of fungi.

Is it true that mycoses in children are more frequent in summer?

Yes, during the summer they are more frequent, because the hot-humid climate favors the proliferation of responsible microorganisms.

How to prevent mycosis in children?

For thrush and nappy rash of fungal origin, the only useful prevention rule is to not abuse antibiotics. In the case of ringworm, contact with stray dogs and people with ringworm should be avoided.

add a comment of Mycosis (or skin fungi) in children, symptoms and treatment