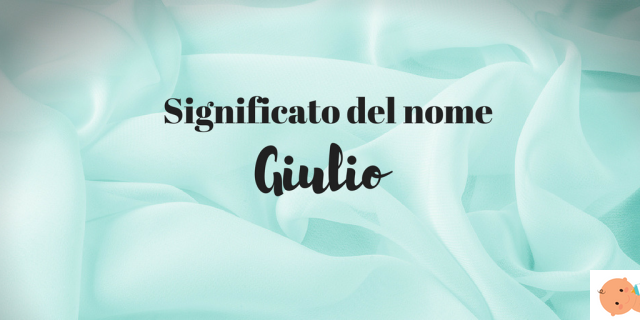 Giulio is a masculine name from Del Paeseno which means "he (or she) who descends from Jupiter or is devoted and dedicated to Jupiter". Let's find out more about this beautiful name together.

ETYMOLOGY. It has Latin origin. The Giulia family - in Latin Gens Julia - had as its progenitor the son of Aeneas called Julo or Ascanio. The Roman general, dictator and writer Gaius Julius Caesar is the most famous exponent of the lineage: the name July, the seventh month dedicated to him, and the Julian Calendar reformed under him and in force until the reform of the current Gregorian Calendar are enough to testify. (which took place in 1582, but still in force in the Orthodox churches).


MEANING. It means "he (or she) who descends from Jupiter or is devoted and dedicated to Jupiter". Sweet names Giulia and Giuliana, faithful mirror of their inner world. The strong tondo of the 'o' in Giulio and Giuliano connotes both firmness and discipline of character.