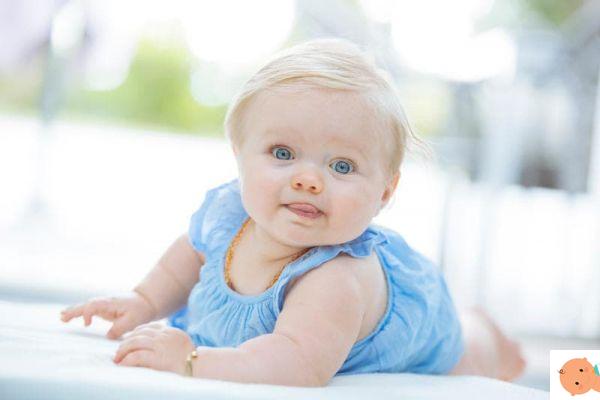 Rebecca is a feminine name from Del Paeseno which means "network", figuratively "that captivates with its beauty." Let's find out more about this beautiful name together.

ETYMOLOGY. The origin is Hebrew (from 'Ribqāh' = rope, net; rendered in Greek 'Rhebékka' and in Latin Rebecca). She takes from the Old Testament the name of the wife of Isaac, mother of Esau and Jacob, originally from Mesopotamia, who despite being sterile she miraculously gave birth at the age of sixty.

MEANING. The Hebrew term Ribqah means "rope", "tie" or "snare" and, figuratively, she who puts the yoke on the oxen or who unites [the brothers]; but also the one who throws the net, who ensnares, captivates with her graces and with his beauty. Or even "who has a joyful heart".


NAME-DAY. It is celebrated on 23 September (Saint Rebecca, biblical wife, wife of Isaac, daughter-in-law of Abraham), but also on 30 August.

It is a widely used name in Del Paese, especially in the Center North. 0,77% (Istat data) of the Del Paesena female population has this name, which has increased slightly, especially in recent years (in 1999 it was 0,71).

READ THE MEANING OF THE NAME REBECCA IN THE NAME DICTIONARY OF mymodernparents.com