Names for girls inspired by stars and planets 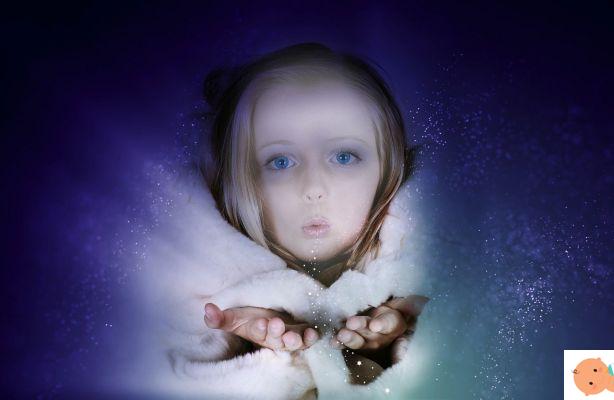 1) Andromeda. Name of mythological origin, it takes up that of the mythical girl saved by Perseus, who also gives the name to a constellation.


3) Auriga. It is a feminine name and it is also a northern constellation: its brightest star is Capella, associated with the mythological Amalthea.

4) Cara is of Greek origin. The meaning is "joy". It is the name of the southernmost of the hunting dogs stars.

5) Cassiopeia. It is a feminine name, but also a northern constellation depicting Cassiopeia, the legendary queen of Ethiopia.

6) Moon. An affective and auspicious name, given to a daughter with the wish that she is as beautiful and bright as the moon.


7) Mimosa is a name, but also one of the stars of the Southern Cross. The name 'Mimosa' for the star could be inspired by the flower of the same name.

8) Aim. It means 'the marvelous' and the name refers to the variable star 'Mira': periodically it is visible to the naked eye, in other periods it pales.

9) Headband. The name refers to the star 'Alfa Comae Berenices', also known by the traditional name of 'Diadema'. It is a star found in the Coma Berenices constellation.

10) Syria. It means 'fiery, shining'. It is the brightest star in the sky. Isis for the Egyptians, marked the period of the flooding of the Nile.

11) Sun. Sun is a very euphonic name (sweet and delicate sound). Just add an 'i' to make it a beautiful Greek anagram with the same meaning: Elios ... In short, it is a 'all-light' name and whoever wears it will never cease to illuminate and ... illuminate others as well.

12) Star. The auspicious name also arose from the devotion to the Virgin Mary, called in the liturgical hymn dedicated to her Maris Stella, or "star of the sea".

If you want to know the meaning of the other names as well, click on ours database