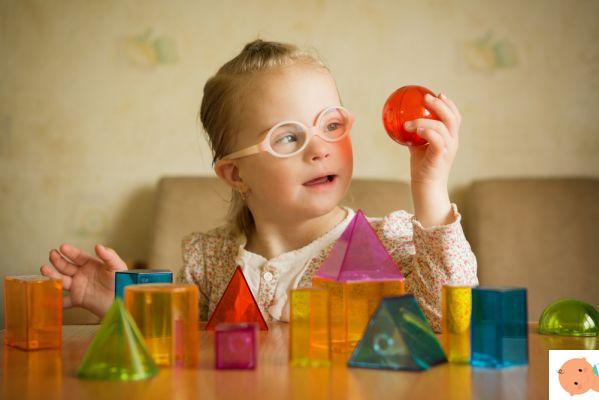 New Down Syndrome test: a blood test will be enough

Down Syndrome affects many newborns, albeit with different consequences and above all intellectual disabilities of various kinds, more or less serious. A group of researchers, however, would have made a discovery that could help to understand the reason for the onset of diseases such as Alzheimer's in those affected among Trisomy 21.

A blood draw for Down's Syndrome

Researchers from the Sapienza University of the city, in collaboration with the Down Syndrome Center of the Bambin Gesù Children's Hospital, have highlighted for the first time how the changes in insulin at the cerebral level - typical of some degenerative diseases - are actually already very early in children, even very young, with Down Syndrome.

To understand the role insulin in the brain, it will be enough to do a blood test, nothing invasive: this would definitively revolutionize not only the diagnosis, but also the study of treatments to cure intellectual disabilities and, possibly, degenerative diseases.

Read also: Educating children with Down syndrome: advice for parents

What does insulin do in people with Down syndrome

Basically, insulin sends signals to the brain - when this communication is impaired, so are some cognitive functions, such as memory and learning. Brain insulin resistance is a process that occurs with aging, and more importantly in those suffering from Alzheimer's, who have the symptoms of dementia. Children with Down syndrome they would already have these alterations when they were very small, and would be the basis of their eventual intellectual disabilities.

A better quality of life

The aim of this research is, in addition to understanding the role of insulin resistance in the development of intellectual degenerations, also to diagnose them earlier and more precisely, in order to be able to intervene in time. In particular, it is useful for studying treatments that can significantly improve the quality of life in those with Down Syndrome who, due to disabilities, cannot live a full existence.

Le intellectual disabilities they are not in fact the same for all people with Down Syndrome: some live a satisfying life, work, have a relationship, live alone. In other cases, however, there is a constant need to be followed, both at home and outside. Hence the role of insulin in the brain of children with Trisomy 21 is analyzed: from now on it will be easier to do it thanks to this test.

Constant research allows us to improve the quality of life of people suffering from various diseases: this is why it is important to always support it, tomorrow it could be our turn.