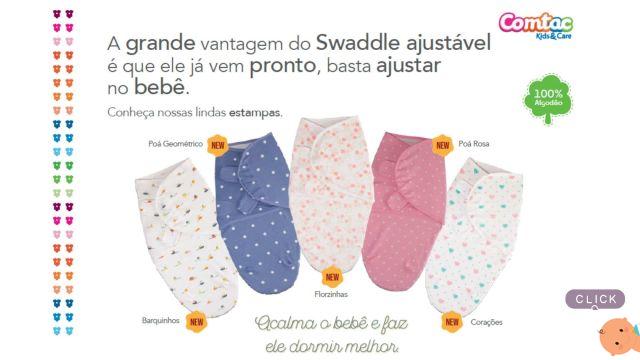 Development of the newborn month after month

From the moment of birth to the completion of the first year of age. In the first 12 months of life, the newborn changes, grows, makes progress that surprise and excite mum and dad. From the first baby food to lallation, from the interest in external stimuli to crawling. A journey that sees parents grow up together with their little one.

An agenda full of appointments, of events for which it is good to prepare. So here is a guide for new mothers and new fathers to discover the development of the newborn month after month.

The first month of a newborn's life is certainly one of the most "upsetting" in the positive sense of the term. He goes home with the baby, he goes into all that fantastic but also tiring world of breastfeeding, crying, waking up at night, diaper changes and much more.

It is certainly one of the busiest months for mothers and fathers. With the return home, the mother has to take care of the umbilical cord, she will give the baby the first bath, she will begin to know the times, tastes and habits of the little one.

Not only that, already in the first month the newborn makes his first progress: for example, he begins to raise his head briefly if on his stomach, to move his arms and legs in a harmonious way, to concentrate on a face, to focus on objects 20/40 centimeters from your face. The little one also brings his hands to his face, sucks without difficulty and reacts to the loudest noises.

The second month of life is the one in which the mother and father have become more familiar with the little one. Bathing is now a routine, nocturnal awakenings are still inevitable, because every 3-4 hours the baby wakes up to eat. But also the mother feels in greater strength. Everyday life has changed, it is tiring but full of emotions and mothers and fathers are increasingly aware of it.

In the second month of life, parents may have to deal with cradle cap, a form of seborrheic dermatitis that affects the infant's skin. It manifests itself with crusts and yellowish flaking, which should not worry at all. The milk crust should be treated with an oily-based detergent or enriched with emollient substances; after washing, a cotton ball soaked in almond, olive or calendula oil must be passed over the skin to dissolve the sebum and soften the scales. Never try to scrape off the crusts, they will gradually fall off by themselves.

The infant's progress in this second month is:

The third month of life is the one in which the newborn is subjected to the first vaccinations. The Vaccination Office of your ASL sends the communication home, indicating where and when to come with the child and indicating what will be vaccinated against.

The third month is the one in which the baby of the house makes further progress compared to the first two months of life. Almost all infants in this phase of growth are able to put their hands to their mouths, smile at their mother, father, siblings and familiar faces (grandparents, uncles, friends). They also begin to have a more regular and prolonged rhythm of the sleep-wake cycle. In some cases, 3-month-old babies begin to grab an object and try to bring it to their mouth.

In this phase, but also in the previous months, frequent regurgitation, diaper rash may occur: in these cases it is always good to consult the pediatrician.

The newborn grows up and the mother - often - in the fourth month of life has to go back to work. In the fourth month, usually, the baby has reached a certain rhythm in the sleep-wake cycle, he sleeps more even during the night and this makes life easier for mothers and fathers. However, it is good to always keep him sleeping in your bedroom, to monitor him in the lullabies phase.

Usually this is the phase in which the infant begins to respond more to external stimuli, to interact with noises, sounds, toys, to go and look for them. He is always better at grasping and shaking objects, which he may even be able to switch from hand to hand. Furthermore, by the end of the fourth month, the baby should be able to roll over on his side when lying down and even roll over. So never leave it alone on the changing table, on a bed, etc.

An important stimulus at this stage of the infant's development can be a mirror. Try to put him in front and you will see his expressions ...

The reaching of five months marks a greater autonomy of the child who for the first time in this phase experiences the detachment from the mother. Often he goes to the nursery, or is left to grandparents or babysitters. Each of these solutions has pros and cons, but if mum and dad convey serenity to the little one, he too will experience this new phase more serenely.

The fifth month of life is the one in which you can start using the stroller, with the backrest slightly inclined downwards, in order to prevent the child, who is not yet able to assume the sitting position for more than a few minutes, find folded in on itself.

Between the fifth and seventh month of life, babies begin to control head and trunk well, to sit with or without support, to get on their side and roll, to grab objects, both with the right and with the left, and bring them to the mouth. They become more and more expressive, they start behaving differently when they are in "stranger" mabienti and they start babbling.

At the sixth month of life, weaning of the baby usually begins. In addition to the milk that you continue to give (to the breast or bottle), in fact, the pediatrician can indicate the first fruit, the first baby food, depending on the needs and growth of the little one.

La weaning phase it is not always easy, some babies are not very inclined to switch from milk to other foods, but one does not exclude the other and weaning must be a gradual process. Let us remember that babies are not little adults.

The infant's progress at this stage of development is:

The seventh month of life usually coincides with the first dentition. Some precocious infants experience the first tooth coming out earlier, but this is usually the stage where most babies experience the baby teeth.

Teething can cause some discomfort, but there are rubber toys suitable for relieving pain.

Furthermore, at seven months, the baby makes a lot of progress: he begins to say the syllables "ba"; "ta"; "pa"; "gives" loud and clear, he manages to sit without support for several minutes, with his head and back straight.

In some cases, the seven-month-old baby can even stand up by clinging to a net in the playpen, to a piece of furniture, to the armrest of the sofa, to the bars of the bed.

At eight months, very often the newborn has already experienced the first separation from the mother. She goes to the nursery or to her grandparents regularly, she is more sociable, she interacts with people and with games. A ball, a multisensory game, a musical puppet entertain him and help his audio-visual development and also his language.

At eight months, in addition to eating baby food, the baby must be able to eat a piece of bread or a biscuit holding it firmly in his hand, without dropping it more than once or twice. He begins - at times - to imitate the gestures of mom and dad. If, for example, Mom covers her face to play hide and seek, he does the same by waiting for her to laugh.

The ninth month of a newborn's life is the one in which it is possible to make an initial assessment of his psychomotor development on his ability, therefore, to perform and coordinate movements to achieve specific purposes (grasping, moving, discovering the origin of a sound and etc).

By this age, he may already have achieved a number of skills, such as sitting upright, moving his torso forward to grab a toy. In some cases, the 9-month-old baby crawls or moves on the bottom to move independently. He also continues to rise to his feet leaning on a support.

There are cases where, at 9 months, the baby uses the spoon alone, wants to eat alone and it is good to let him try it.

In the tenth month of life, the newborn is more and more a child. The first year of age is approaching and it is better not to treat him like a baby anymore.

Weaning should have started without particular difficulties by now. Although there are cases of children who are particularly wary and opposed to baby food, but it is good not to give up.

This is a phase in which it is important to properly organize the child's bedroom or a safe space in the house, with its games. And to set up a sleep routine with habits that can reassure him. For example: take a bath, put on your pajamas, have dinner, indulge in a little pampering, read a fairy tale, bring a puppet to the little one, turn on a light and lullabies.

By the tenth month of pregnancy, the baby should be able to go from lying down to sitting and stand up by holding onto supports. He may also be able to drink from the glass by himself by holding it with his hands.

We are facing a child (it is wrong to continue to use the term newborn) who is increasingly autonomous. Upon reaching the eleventh month of life, the lallation becomes more articulated: the syllables increase, the newborn tries to put them together, he wants to chat with adults, older brothers and sisters and it is good to talk to each other and stimulate him a lot. It is recommended to speak with him using well-marked words, simple sentences that he can understand.

The child at this stage of development also understands the first no, although obeying is still difficult. It is good to let him experiment, stemming the dangers.

Twelfth month of life: a year has come. A very important stage, the first birthday to celebrate with relatives and friends. Having reached this milestone, the little one masters and understands the meaning of several words: like mom, dad, grandfather, grandmother, nanny.

At 12 months, the newborn can also use terms such as brum (automobile); quaqua (water); bau (dog); clo-clo (horse). He knows how to make himself understood and knows how to express his needs.

Autonomy, crawling, the first steps in some cases make life a little more complex for mom and dad who have to take into account all possible dangers: the first falls, the first bumps are inevitable in this phase.

The 12-month-old baby understands the directions of the parents well, including the nos.

TAG:
Development of the newborn, when he learns to sit ❯

add a comment of Newborn development month after month: things to know