Newborn shakes legs and arms: how to interpret it? 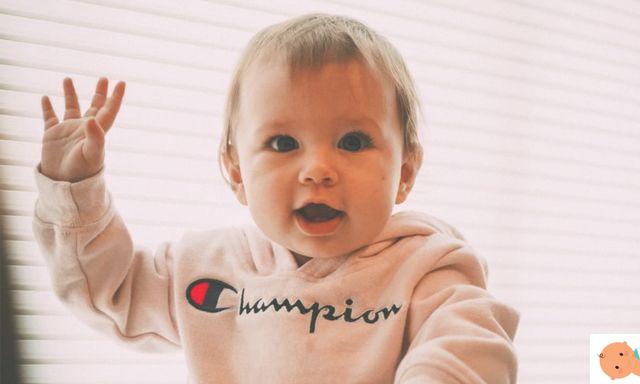 Newborn shakes legs and arms: how to interpret it?

Il behavior of newborns it often always appears difficult to interpret. Does shivering always communicate physical discomfort? Do frequent movements indicate the presence of a malaise? Let's try to do some clarity.

The movements of the newborn

For at least the first year of life, the body is not only the main one means of communication of the child, but it is also the instrument thanks to which he begins to explore the world. A certain "restlessness" is therefore more than normal in this moment of childhood: the little one is hit by a wave of external stimuli and, when he is not sleeping, he never misses an opportunity to become familiar with all that surrounds him.

Not only that, all these stimuli lead the little ones to respond with automatic reflexes (the so-called archaic reflexes) caused by the neonatal instinct and which therefore make babies act in ways that might appear bizarre to the eyes of an inexperienced adult. By placing a finger in the baby's hand, for example, we will notice how the little one is instinctively inclined to squeeze it: it is the prehension reflex. By stimulating the baby's cheek, on the other hand, we will stimulate the sucking reflex, which will prompt the baby to turn around with his mouth open, as if he were to suckle from the breast.

So, if the newborn wave your arms and legs frantically (sometimes even with a little tremor), there is no need to worry: he is probably just looking for the lost balance!

Read also: The instinctive reflexes of the newborn

The body language of the newborn

If crying is often - not always - a sign of discomfort (hunger, sleep, dirty diaper or discomfort), many baby movements could be interpreted with concern from parents, but in the majority of cases there is nothing to fear. Here are some of the most frequent actions that children take involuntarily e they must not cause particular alarms.

TAG:
Newborn: how to help their development month by month ❯

add a comment of Newborn shakes legs and arms: how to interpret it?