Night panic in children: what is pavor nocturnus and how does it manifest itself 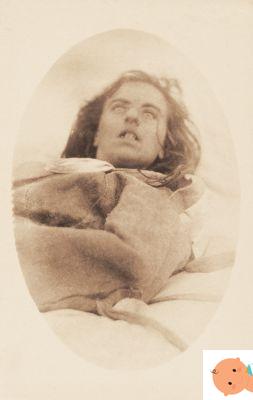 When you are talking about night panic in children, often refers to what is better referred to as night terror, also called Pavor Nocturnus.

What foods and habits help (or disrupt) sleep?

Sleep is a fundamental moment for our health: what to take and what to avoid to ensure a good rest? From WebMD, the portal of American doctors, advice for a really sleep ...

"It is a typical disorder of the pediatric age, characterized by sudden partial awakenings during sleep in which the child is in the throes of terror - explains Michela Corrias, psychologist and neuropsychologist -. Generally, these episodes occur in the first hours of sleep and last a few minutes. Upon awakening in the morning, the child does not remember anything of what happened or partially remembers a single scene of terror. If the child remembers the episode in a well-defined way, it is more likely that it is a nocturnal panic attack ».

«The onset of the disorder generally occurs in the age group between 3 and 10 years. The percentage of children suffering from the disorder then tends to decrease with increasing age, reaching very low percentages at pubertal age ".

What Happens During a Crisis

When the adult tries to reassure him, he seems inconsolable and responds little or nothing to environmental stimuli. If you wake him up, he does not recognize the people next to him and appears confused and disoriented ».

In some cases, he may get out of bed and walk around the house screaming in terror. “This behavior is not to be attributed to sleepwalking. Unlike the latter, in the night terror there are in fact sweating, accelerated heartbeat, tremor, redness and expressions of terror ».

Cause of the Dread Nocturnus

"It was found the presence of a 'high genetic component: children whose family members have suffered from night terrors or others parasonously, have a much higher risk of developing the disorder.

In addition to the genetic component, the presence of some factors such as

it can contribute to the onset of night terrors ».

However, there are also psychological factors to keep in mind: «In predisposed subjects, the psychological component can certainly play a role especially in relation to the level of stress to which the child is subjected in his daily life. In the event that, for example, there is the presence of predisposing factors (such as familiarity) and the child is going through a period of high stress, the latter can be a trigger for the onset of the disorder. Other psychological factors may also concern possible worries and anxieties about the disorder itself: which is why it is not recommended to tell the child what happened during the night ".

The emotional state of the child is therefore very important as the presence of conditions that can promote awakening from deep sleep such as anxiety and excitement, but also a sudden noise, a full bladder, etc., can be factors triggering the episode of terror. night.

What Parents Can Do

In the event that the frequency of the episodes is less than once a week and the child's behaviors do not put him at risk of accidents, parents simply need to take some measures such as:

«Generally the disturbance should not be of particular concern e disappears over time without the need for specific interventions. However, it is advisable to consult a professional when the episodes occur several times a week and / or the child's nocturnal behavior puts her safety at risk ".

With babies, there is no holiday or weekend to keep. The little one does not seem to want to respect any rules: sometimes she sleeps during the day to wake up in the evening. Too bad that after ...

«The most suitable treatment in these cases provides adherence to a behavioral program of one or more weeks which consists in programming nocturnal awakenings aimed at modifying the physiological factors underlying the disorder. It's about a very effective behavioral strategy implemented ad hoc by the expert who guides parents in the application of the protocol at every stage. Only in rare cases can pharmacological treatment be considered necessary ".

Read also: Nightmares of children, what to do to calm them down

The difference with the nightmare

«The role of the psychological component in children suffering from nightmares is also different. In this case, anxiety, worries, stress and "negative" everyday experiences (watching a scary movie, watching a parental quarrel, witnessing or being a victim of violence, etc.), mark the emotional experience of the child. child and negatively affect the contents of dreams, giving rise to a different phenomenon: the nightmare.

In this case, unlike the night terrors, the episode occurs in the last hours of sleep, causes a conscious awakening and, the next morning, the subject remembers both the awakening episode and the content of the dream. It is therefore a question of two distinct phenomena which require equally diversified interventions. However, what must be remembered is that the presence of stress, anxiety and worries plays a fundamental role in the quality of the child's sleep and it is therefore important to always pay attention to his emotional state and the presence of factors that can generate stress ".

TAG:
Washable nappies, how to use them and where to buy them ❯

add a comment of Night panic in children: what is pavor nocturnus and how does it manifest itself