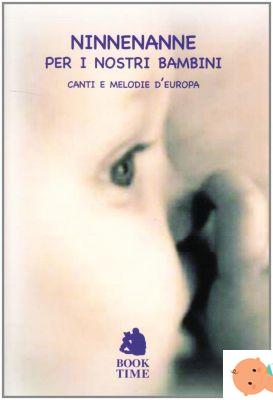 Le lullabies they are the first songs that the mother sings to the newborn: they express love and generate safety in the child. A mom singing one ninna nanna relaxes the child and allows him to enter the world of dreams with serenity.

Lullabies are found in the popular culture of all peoples: some were written by famous classical music composers and are called berceuse, which is the French term for lullaby. The most famous lullaby is certainly that of Johannes Brahms.

The Lullabies of Europe project

The European Commission created the project Lullabies of Europe to collect all the lullabies in the various languages ​​of the Community to preserve its cultural heritage. A list of the collected lullabies, translated into seven languages ​​(English, Czech, Danish, Del Paeseno, Romanian, Greek and Turkish), is available on the website Lullabies of Europe.

Just select a star to see the animated lullaby in that language, you can also hear an excerpt of the lullabies.

Nanna and babies: joys and sorrows. Sometimes there are babies who sleep at night immediately after birth. On the other hand, most children succeed towards the end of the first year of life. All in ...

Read also: Lullaby and children: the importance and benefits

Read also: Classical music lullabies for children: the 17 most beautiful

What are the beneficial effects of the lullaby?

The lullaby sung by the mother not only contributes to the quality of sleep, but also has beneficial effects on the harmony of the baby's growth.

What is white noise and why does it help to put babies to sleep?

White noise is basically the sum of all audible frequencies and sounds such as those of the hairdryer, vacuum cleaner or hood. These sounds are used to help make babies fall asleep.

TAG:
No to spanks: science says so too ❯

How to go from bed to bed in three weeks