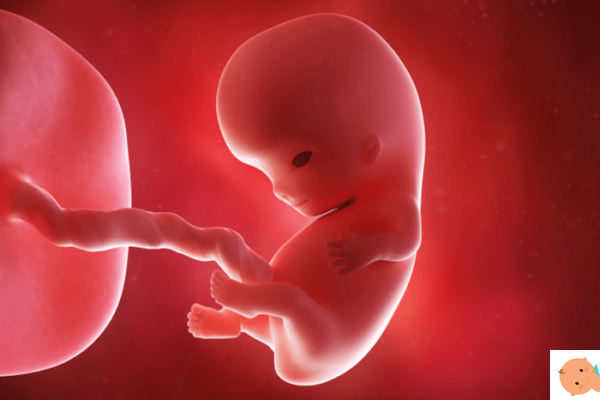 The first trimester of pregnancy draws to a close and the baby in the baby bump begins feel the world around him. With the scientific advice of the gynecologist Elisabetta Canitano, president of the non-profit association Vita di donna, let's see what happens to the woman's body and that of the baby during the ninth week of pregnancy.

Symptoms of the ninth week of pregnancy

With the ninth week begins the third month of pregnancy: most likely the belly is not yet visible, but the clothes can begin to tighten. However, even if the different body size and the different position assumed by the baby can make the signs of pregnancy in full progress more or less evident, the effects begin to become more intense.

I in fact, symptoms can be very variable from woman to woman and from pregnancy to pregnancy. In general, here are a series of sensations that can be experienced:

If, on the other hand, there are cases of high fever, vaginal discharge thick and foul-smelling, frequent and excessive composition and / or lumbar back pain, then you should seek the advice of a doctor, especially if you are new to similar episodes.

What if there are no obvious symptoms of pregnancy?

Apart from theabsence of menstruation , sometimes the first few weeks of pregnancy can go unnoticed. Other times, however, they appear more or less pronounced symptoms (such as turgor and soreness of the breasts, sensitivity to odors, nausea, a hard and swollen belly, fatigue, increased appetite) that are not recognized or traced back to the beginning of a gestation.

In most cases, the absence of symptoms is still part of a series that it must not cause concern. It will be up to the ultrasound to detect any problems.

Pain in the ninth week

Is it normal to have belly pains, as if my period is coming?

A sense of swelling and weight in the lower abdomen, accompanied by pains in the ovaries: they occur both early pregnancy than before your period, so much so that some women, before taking the test, do not understand if they are really pregnant or not. It is normal, because the hormonal picture that emerges is similar in both cases and the effects are similar.

The high levels of estrogen and progesterone in fact increase the blood flow in the pelvic area causing a feeling of weight, plus they decrease intestinal motility, causing abdominal swelling. In addition, the implantation of the embryo can cause small contractions of the uterus muscles. They are all physiological phenomena.

Health advice in the ninth week of pregnancy

It is a blood classification system that owes its name to the Macacus rhesus monkeys, on which the first studies on the subject were conducted. A mom with a negative RH factor can have the incompatible blood with that of your child if the father is RH positive and the child has inherited the paternal trait. The problem generally does not arise with the first child, but with any subsequent children.

The RH negative mom develops indeed antibodies to Rh positive blood when it comes into contact with it, an eventuality that usually occurs only during childbirth (but in some cases it can happen even earlier, for example due to abortion or threat of abortion, invasive examinations, abdominal trauma). Once formed, these antibodies can attack the blood of a second or third child if it happens to be, like the first, RH positive.

To prevent such an eventuality from occurring, which would result in the birth of a child suffering from a serious blood disorder (hemolytic disease of the newborn), after giving birth to all Rh-negative women who have had a Rh-positive child are given an injection of anti-Rh immunoglobulins which avert a similar danger. Prophylaxis with these immunoglobulins can also be performed during the first pregnancy, in women who have had potentially immunizing events (such as an invasive examination). Lately, the practice of not waiting for the Rh negative woman to have already given birth to administer immunoprophylaxis, but to carry it out routinely already at 28/30 weeks is becoming established.

Advice: it is appropriate to perform the blood test battery provided by the National Health Service, which also includes the Rh factor (Read also: Eighth week of pregnancy).

La exhaustion and sudden pangs of hunger are frequent during this phase and food choices can significantly affect your health and that of the baby, especially since the placenta is now sufficiently developed to allow the first nutritional exchanges between mother and fetus. So what diet should you follow during the ninth week of pregnancy?

Advice: Eat little and often it is a winning key to overcome these moments in which the temptation to fill the "holes in the stomach" that open during the day with snacks can be strong. Well-washed fruits and vegetables are always great choices, but too hard-boiled eggs, hummus e prepared with wholemeal flour they are excellent foods that can give energy and at the same time satisfy the taste buds.

In general, however, unless special needs dictated by specific health conditions, the rule of eating a little of everything in the right doses remains good, but avoiding too fatty foods (and fried), alcohol and raw foods of animal origin (e.g. sushi or tartare).

Brown or dark red discharge in the ninth week

In the first trimester of pregnancy it can happen to have slight dark red to brown losses: this can be caused by hormonal fluctuations, but also sexual intercourse or the gynecological examination itself, which could cause the breakage of some capillaries. If you suffer from constipation, the source could be a small fissure or a hemorrhoid.

Other times it could be the so-called 'false menstruation', i.e. slight losses around the days when your period should have arrived. In this case, these are usually very minor losses, lasting only a few hours or at most a day.

If the discharge is more abundant, bright red, and accompanied by pelvic pain, it could signal a threat of miscarriage or incomplete adhesion of the placenta to the uterine wall. In this case, it is best to contact your doctor or the emergency room.

Focus: what if I were pregnant with twins?

If you've already had an ultrasound, it may have detected two heartbeats, and therefore the presence of twins. At the moment, however, it is not known whether they are monozygotic or dizygotic. Twins monozygotes derive from the division of a single female oocyte fertilized by a single sperm, while the twins dizygotes derive from two oocytes fertilized by two different spermatozoa.

The former are therefore perfectly identical from a genetic point of view (the appearance is also practically identical), while the latter are like two normal brothers, so they may not even look alike at all and, of course, be of different sexes. The different sex excludes that they are monozygotic, but the identical sex does not give the certainty that they are, just as the same blood type does not totally guarantee that the twins are identical. You can be sure that twins are identical if they have the same placenta, because in 100% of cases the dizygotic twins each have their own distinct placenta and amniotic sac.

However, it is also possible that two monozygotic twins have different placentas (10% of cases). In fact, identical twins can have two placentas and two amniotic sacs; or a single common placenta and two distinct amniotic sacs; or a single amniotic sac and a single placenta (this is the rarest possibility). There is only one way to have a sure diagnosis with respect to the type of twinning: carry out combined DNA tests. The test is not necessary routinely, but it can become important, for example, in the event that one of the twins develops a genetic disease and therefore there is a need to know if the other twin also certainly runs the same risk.

Why are twins born? The conception of dizygotic twins is favored by the maternal age above 38 years; from a high maternal stature; from heredity and infertility treatments. Regarding heredity, it seems that the genetic heritage of the mother has more weight than that of the father: this means that there may be a greater chance that the children will be twins if there are twins in the maternal family. There is no evidence that confirms the idea, well rooted in the popular imagination, that twins are born in alternate generations. Read also Gemini, pregnancy and childbirth

The fetus in the ninth week of pregnancy

During the ninth week of pregnancy, it development of the fetus is now fully underway. The neck, While genitals they are not yet evident. The brain and spinal cord they grow feverishly and in general all organs fundamentals are growing. Also teeth they begin to sprout in the mouth.

This is also the time when the baby begins to move, even if still imperceptibly for the mother, and to warn the first flavors, even if the sense of taste (as well as all the other senses) is still far from reaching full efficiency.

What month are we in the second week of pregnancy?

The third month of pregnancy begins with the ninth week.

What is the right diet during the XNUMXth week of pregnancy?

In general, it remains a good rule to eat a little of everything in the right doses, while avoiding fatty foods, fried foods and raw foods of animal origin. Eating little and often helps to fight the sense of hunger without affecting health.