No mushrooms in pregnancy and children under 12 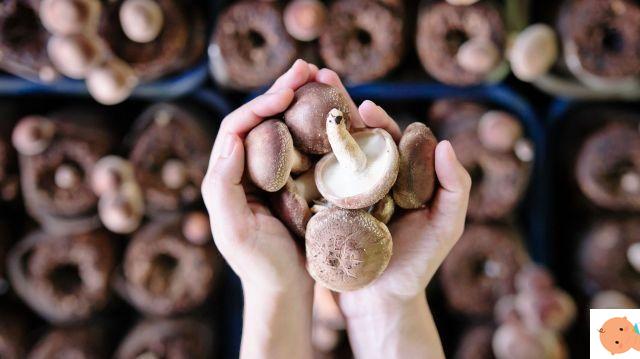 The Ministry of Health has developed an agile booklet for the prevention of poisoning and poisoning by mushrooms. The brochure presents various topics related to the consumption of mushrooms: from harvesting methods to conservation methods, from the type of syndromes they can be responsible for, to therapies in case of intoxication, plus various tips for eating them safely. Let's see what it is.

The greatest risks, the experts point out, derive from the existence in nature of "look-alike mushrooms": poisonous mushrooms but very similar to edible mushrooms, which can therefore be collected and brought to the table if those who collect them are not sufficiently expert or have not had them checked by an expert. It can happen, for example, with the Amanita muscaria, a poisonous double of the good Amanita caesarea, or with the Galerina marginata, a poisonous double of the good Pholiota mutabilis. In this regard, the indication is simple:

Better not trust the experience: it is always possible to have the mushrooms collected by an ASL mycologist checked for free

Moreover, every year many intoxications are caused by edible mushrooms but collected in unsuitable places (for example because they are excessively polluted, as can be the edges of the roads) or badly stored or prepared.

Depending on the time elapsed between the ingestion of toxic mushrooms and the appearance of symptoms, the following are distinguished:

They have symptoms that appear 30 minutes to 6 hours after ingestion, resolve in about 24 hours and have a low risk to life. Possible symptoms include:

They have symptoms that appear 6 to 20 hours after ingestion and are life-threatening. Possible symptoms include:

10 golden rules for not getting intoxicated

How to transport freshly picked mushrooms
According to the indications of the Ministry of Health, the collected mushrooms are transported in rigid and aerated containers (for example wicker baskets) which allow the further dissemination of the spores (important for environmental conservation) ed avoid phenomena of compression and fermentation of mushrooms.

Indeed, storing or transporting fresh mushrooms in air-tight packaging and containers, such as plastic bags, can cause the proteins to break down by fermentation.

It should be remembered that quite quickly, with heat, the production of toxic substances such as putrescine, cadaverine, histamine, etc. is detected. these decomposition products can cause severe poisoning.

Some myths of popular tradition to dispel

We also remind you that:

Mushrooms: a vademecum for children in the form of a fable

Furthermore, to help consumers, the ministry has also developed a vademecum in fairy tale format, therefore also suitable for children, to orient themselves in the world of fungi and poisoning. With pictures of good mushrooms and poisonous mushrooms in comparison.

TAG:
Lullaby and children: the importance and benefits ❯