No to spanks: science says so too 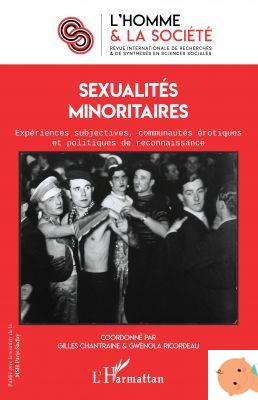 "Physical punishments have no advantages, on the contrary they increase aggressive behavior". So we read on the latest study published in the Lancet. Physical punishment is increasingly seen as a form of violence that harms children. This narrative review summarizes the results of 69 prospective longitudinal studies to inform practitioners and policy makers about the outcomes of physical punishment.

Read also: Spanking, 10 reasons why it is better to do without it (according to science)

The consistency of these findings indicates that physical punishment is harmful to children.

There is no evidence that physical punishment is good for children, ”said Elizabeth Gershoff, Amy Johnson McLaughlin's centennial professor of Human Development and Family Sciences at the University of Texas at Austin and senior author of the paper. Evidence indicates that physical punishment is detrimental to children's development and well-being. "

The document emphasizes that adverse outcomes associated with physical punishment, such as behavioral problems, occurred regardless of the child's sex, race, or ethnicity and regardless of general parenting styles. The authors also found evidence that the magnitude of negative outcomes for children increased the more frequently physical punishment was used. "Parents beat their children because they think doing so will improve their behavior," Gershoff said. "Unfortunately for the parents who have been beaten, our research has found clear and compelling evidence that physical punishment does not improve children's behavior and instead makes it worse."

The spanking in Del Paese and in the world

In Del Paese, the classic light spanking is considered a form of 'reasonable' punishment, useful for correcting a child's wrong behavior and quick to give the result, that is, the child stops.

Body cleansing is banned in 53 countries around the world, the last to ban it in 2022 was Scotland.

"This is a public health problem," said Anja Heilmann, lead author of the paper and associate professor at University College London. "Given the strength of the evidence that physical punishment has the potential to cause harm to children, policy makers have a responsibility to protect children and legislate to end the use of physical punishment in all contexts."

I am also of the same opinion two psychologists, interviewed by the newspaper Republic, in its online edition. The first is Anna Silvia Bombi, which immediately makes it clear that "The scapaccione is a losing strategy. On this level, the child will always win".
The second is Eleonora Florio, which confidently states that the rules must be enforced, sometimes even raising his voice, but not using any kind of physical violence.
In short, according to the experts, if the child has done something very serious, the parent certainly has the obligation to scold him severely, but without spanking or, even worse, slapping.

TAG:
True node of the umbilical cord: what it is ❯

add a comment of No to spanks: science says so too