Ogino Knaus method: what it is and how it calculates the fertile period 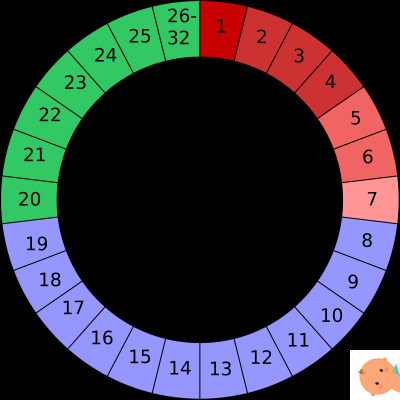 «The Ogino Knaus method should now have only historical value, because it is an old method for the natural planning of pregnancies (that is, it had to serve both to avoid pregnancy and to conceive a child). It is based on a calculation of the fertile days relating to the duration of one's menstrual cycle, but it is not very reliable "explains Dr. Ferdinando , Head of the Functional Unit of the OU of Obstetrics and Gynecology of the IRCCS San Raffaele Hospital.

The limits of the Ogino Knaus method

«It is a method that does not work one hundred percent, because it is not based on real symptoms, but on one statistical presumption of what will happen in the cycle ongoing on the basis of what has already happened in past ones. All this without taking into account the many external factors, such as illness or intense stress, which can alter ovulation and therefore move the boundaries of the fertile window identified with this method ".

In addition, there is also the "human factor" to take into account. «To avoid unwanted pregnancies, in fact, one should refrain from sexual intercourse in the window of days identified. In general, however, it is a matter of long periods and often couples are unable to practice complete abstinence ", points out the doctor.

In most cases, «the partners readjust the method by inventing a more imaginative version of them. Others, however, rely on gimmicks such as the coitus interrupted, an ancient practice, which has always been known, but which has a high failure rate ».

The history of the Ogino Knaus method

The calculation was developed by two surgeons who were carrying out studies on women's fertility around the same time (XNUMXs). They are the Japanese doctor Kyūsaku Ogino and the Austrian doctor Hermann Knaus.

“Their studies were based on intra-operative observations, which related some changes in the ovary and the time at which the next menstruation would occur. Although it has a scientific basis, it is still considered a statistical method which therefore has little reliability ".

How to calculate the fertile period with the Ogino Knaus method

The method is based on the length of the last 12 menstrual cycles, that is the time span between one menstruation and the next: «Take the shortest cycle and subtract 18 from that number; then take the longer cycle and remove 11. The two numbers obtained are the days of the cycle which indicate the beginning and the end of the fertile period in which to avoid sexual relations, or to have them if you want to conceive a child ».

Let's assume that the shortest ovarian cycle in a year is 28 days and the longest one is 31 days. From the first number we subtract 18, getting 10. Then, at 31 we subtract 11 and get 20. This means that the interval of potential fertility is from the tenth day until the twentieth day after menstruation.

Read also: I take the pill and I have not had my period, am I pregnant?

"The method of ovulation developed by the Billings spouses can be used by observing the woman's body and recognizing the days in which mucus discharge they are more abundant, which signal the phase of ovulation ».

«It is a more reliable practice than the Ogino Knaus especially if a couple is motivated and follows the prescribed indications. In this case, the failure rate is two percent, that is, two out of 100 couples can become pregnant in one year of observation. If, on the other hand, one does not scrupulously adhere to the indications, the index rises to 14 out of 100 ».

TAG:
Yamaha method for teaching music to children: this is how it works ❯

add a comment of Ogino Knaus method: what it is and how it calculates the fertile period