One drink a day increases the risk of being overweight 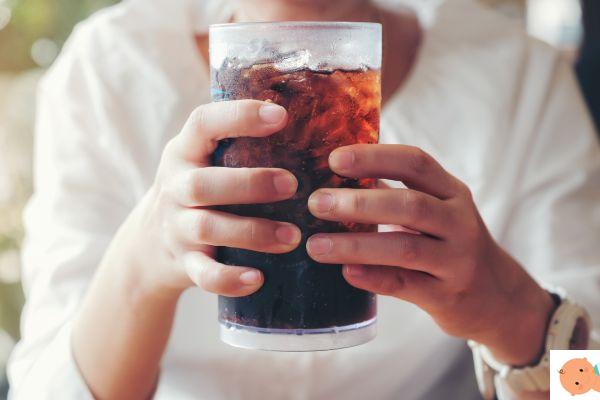 Research from the University of Virginia, published in the journal Pediatrics, found that a can, a fruit juice or a sports drink a day greatly increases the risk of obesity at the age of five.

"Even if sugary drinks have a relatively small calorie intake compared to the total introduced by children - explains Mark DeBoer, the lead author - this is enough to contribute to weight gain over time".

READ MORE THE RIGHT DIET FOR THE CHILD

The researchers drew on data from a group of 9600 children aged two, four and five, all born in 2001, whose weight and eating habits were monitored, as well as the socio-economic astatus of the parents.


The proportion of children who consumed at least one can, sports drink, or fruit juice ranged from 9 to 13 percent depending on age. Children with overweight moms were more likely to be at least two hours away in front of the TV.

Once all disturbing factors, such as parental status, were eliminated, the researchers found that five-year-olds with at least one drink a day were 43% more likely to be obese than others, a condition that affected the 15 % of the sample.

At four years, overweight children increase, the authors explain, while at two years no effect has been seen.

IN THE FORUM MOMS TALK ABOUT CARBONATED DRINKS


TAG:
Proper sucking: why is it so important for the newborn ❯