Over-the-counter pain relievers in pregnancy, beware of the risks 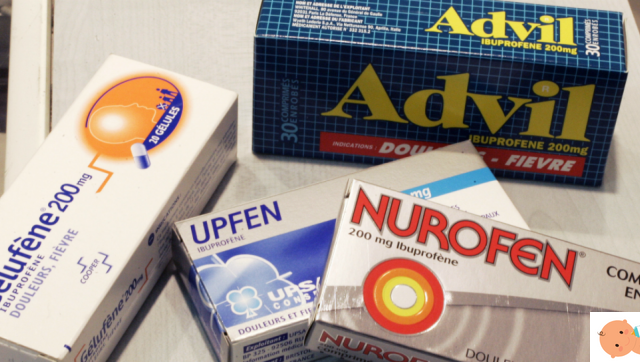 A mild headache, back pain, toothache, and more. When you weren't expecting a baby, a trip to the pharmacy was enough. Now, however, that you are pregnant, the matter is more complex, even if it is a normal aspirin that can be purchased without a prescription. In fact, over-the-counter pain relievers in pregnancy can cause some harm to the fetus, especially in the first trimester when the organs and nervous system are forming. On the other hand, it is not advisable to ignore the pain for fear of harming the child. This, according to British experts from the Royal College of Obstetricians and Gynecologists, can lead to situations of anxiety and malaise in the expectant mother.

Read also: Drugs in pregnancy, which are allowed and which are forbidden

Over-the-counter or OTC drugs (over the counter) are medicines that can be purchased without having to present a doctor's prescription. The same applies to Sop drugs, i.e. non-prescription drugs. The fact that they can be purchased freely, however, does not mean that they can be taken with as much freedom, because they are based on chemicals that are harmless for an adult but that they can be harmful for an organism in formation. The first recommendation, therefore, is to resort to over-the-counter painkillers in pregnancy only if the pain is really strong enough to compromise the well-being of the pregnant woman. Knowing the risks you run helps you make the right choice.

Over-the-counter pain relievers in pregnancy based on acetaminophen

According to the new indications, among the over-the-counter painkillers in pregnancy, those based on paracetamol are reconfirmed as the first choice if you have headaches, back pains or other pains. The same goes for breastfeeding. Studies have confirmed that it is safe and does not harm your baby in the belly. However, they should be taken if necessary, respecting the doses and times of intake. In fact, in the event of an overdose, even this type of over-the-counter pain reliever during pregnancy could increase the incidence of asthma in the child, in addition to some problems of hyperactivity of the child, slight motor and communication disorders. However, these adverse effects were only recorded in infants exposed to the drug for a long time before birth.

Non-steroidal anti-inflammatory drugs or NSAIDs are a large group of popular pain relievers. Among these, in addition to aspirin, there are ibuprofen, ketoprofen, diclofenac and others: common medicines, which however you should really avoid during the first trimester of pregnancy, unless they must be taken as a specific treatment if you suffer from migraines serious. Also in this case the treatment must last as short as possible because NSAIDs can increase the risk of spontaneous abortion. This class of over-the-counter pain relievers in pregnancy also reduce fetal renal blood flow and thus urine production, which leads to a reduction in amniotic fluid volume. In particular, they should not be taken after the 30th week of gestation as they could cause serious ailments to your baby, such as neonatal pulmonary hypertension and premature closure of the arterial duct. This is true for any type of formulation, not just the classic tablets. The active ingredient present in transdermal patches and ointments can come into contact with the baby.

Gynecologists recommend that you also pay attention to herbal or phytotherapeutic remedies do it yourself pain relief, as an alternative to over-the-counter pain relievers in pregnancy. Although these products are perceived as "natural", they may contain substances whose effects on a developing fetus are not yet sufficiently studied. Instead, it is better to resort to non-pharmacological treatments, certainly harmless such as rest, hot or cold packs, massages performed by experts, physical activity.

Aperitifs for teenagers: in the glass only lots of fresh fruit ❯

add a comment of Over-the-counter pain relievers in pregnancy, beware of the risks