Ovulation monitoring: what does it consist of? 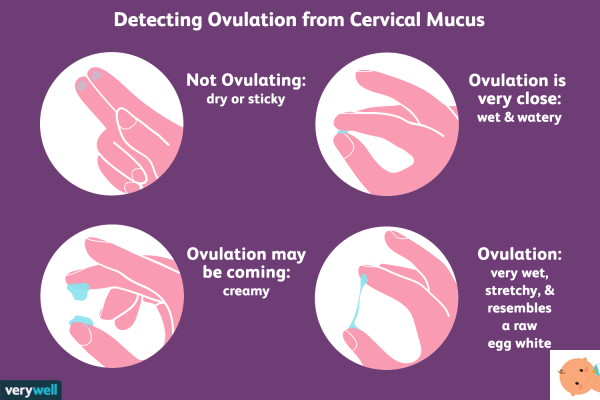 Il ovulation monitoring it is useful in all cases where it is difficult to get pregnant, since it allows not only to know what the most fertile days of the month, but also to establish any therapies that improve oocyte quality, such as antioxidant and inositol-based drugs, or to stimulate ovulation with LH-based drugs.

How ovulation monitoring is done

Il monitoring you start a few days earlier than you think theovulation (for example, if the approximate day of ovulation is the 12th day, it starts from the 9th) and consists of a series of transvaginal ultrasound within a few days of each other, through which two parameters are measured: the diameter of the largest follicle (i.e. the one that is bringing the oocyte to maturity) and the thickness of the endometrium.

How to know that you are about to ovulate

"Ovulation is imminent when the follicle reaches a diameter between 18 and 22 millimeters (a sign that it is ready to ovulate) and the endometrium is 8-12 millimeters thick" explains gynecologist Rossana. "In addition, a dark layer in the cervical canal of the uterus is visualized in ultrasound, which represents the increase in the production of cervical mucus, which will favor the nourishment and the ascent of spermatozoa from the uterine neck to the tubes.

When these values ​​are reached, the couple is advised to concentrate their intercourse in 3-4 days later, when the possibility of becoming pregnant is higher. But without exaggerating with too frequent intercourse: one every two days is ideal in order not to 'dilute' too much the concentration of sperm in the sperm.

In total, ovulation lasts 24 hours, but the woman is also fertile within 3-4 days first: in fact, when ovulation is approaching, the uterine cervix produces a mucus that favors the survival of the spermatozoa.

In most women, between ovulation and the first day of menstruation pass 14 days. And the sperm survive in the cervix for 3 days.

With our online calculator, you can find out what your fertile days are by entering the first day of your last period and the duration of your cycle in the online calendar.

add a comment of Ovulation monitoring: what does it consist of?