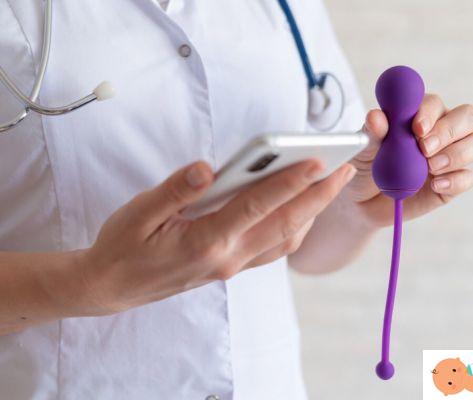 Pregnancy and childbirth can bring with them some ailments: not only aesthetic, such as a still swollen belly or stretch marks, but above all physical, just think of stitches or hemorrhoids. One of the issues that is least thought of, however, is related to perineum and the weight he had to endure during the nine months and under the pressures. It is therefore useful to undergo the pelvic floor rehabilitation after childbirth?

What happens to the perineum

During the pregnancy the perineum undergoes the weight of the uterus which swells and weighs downwards. Not only that: the hormones they loosen the muscles and make them less tonic, for this it is very likely that after gestation and it childbirth effort, the pelvic floor becomes toneless, even prolapsed. The consequences can be different: urine loss in the first place, but also a worsening of sexual life and hemorrhoids. The perineum is in fact a transverse muscle that involves the rectal area, the vaginal area, the bladder, the abdominals. It is therefore important that he is fit.

How to tell if the pelvic floor is not toned

After delivery there is little point in making one evaluation of the pelvic floor: the muscles must find their place and their tone, there are the lootations, the points and the consequences of the thrusts. However, around the fortieth day, considering the end of the puerperium, it is possible to make an evaluation. In principle you can understand if the perineum is working correctly by trying to "tighten" with the muscles, but many women are not capable of it regardless of the birth: for this it can be useful to make an evaluation with a specialist such as the physiotherapist.

In some countries, perineum rehabilitation is included in the course after childbirth for all women who contact the specialist after the fortieth day. In France, for example, it is a well-established practice and it is the midwife who takes care of it, even if sometimes it is another figure, the kinesitherapist, and it is completely free. In Del Paese, usually, it is the physiotherapist which deals with this type of rehabilitation. But what does it really consist of?

Depending on the specialist, the rehabilitation process can include several steps. Usually it involves several sessions, even about ten, in which the patient has to do some esercizi targeted to contract and relax the pelvic muscles. There are several methods of rehabilitating the perineum:

In practice, if you go to the specialist for the pelvic floor rehabilitation, this will first of all reconstruct your anamnesis, the history of the pregnancy (s), the birth, any ailments and sensations. Then it will move on to the visit to actually evaluate the tone of the pelvic floor, and will decide the type of therapy to start to tone the muscles of the perineum. It could be exercises that you will do alone, or with the help of tools. Your doctor may also prescribe a workout for you to do at home. At the end of the course, he will evaluate your progress and decide whether you have finished your rehabilitation or not.

Pelvic floor rehabilitation is not only useful after childbirth: many women may need it at different stages of life, perhaps because they feel a "burden" under there or because they notice that they are suffering from urinary leaks. But it is one nucleoside also useful for men, who might suffer from for example incontinence fecal. Obviously the after childbirth it is a particularly good time to assess the tone of the pelvic floor, and rehabilitation can be done through the national health service.

What Is Pelvic Floor Therapy?

TAG:
Pelvic floor, take care of it in pregnancy ❯

add a comment of Pelvic floor after childbirth: is rehabilitation useful?