Placenta previa in pregnancy: the testimonies of mothers 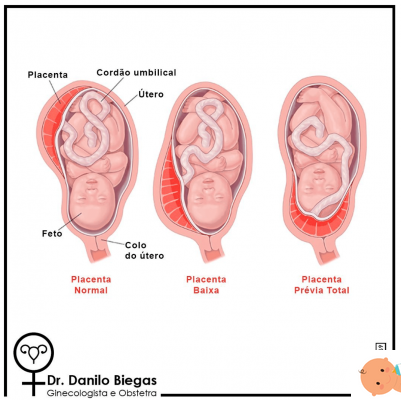 "Placenta previa" can affect pregnant women. This condition occurs when the placenta is inserted in the lower part of the uterus, covering, in part or entirely, theuterine orifice, a kind of funnel that leads to the cervix.

Normally the placenta implants itself in the upper part of the uterine cavity, but in one case out of 200-250 about can settle precisely in the lower part.

Placenta previa can lead to vaginal bleeding major and other complications especially in the last months of pregnancy. Since during the labor the uterine orifice dilates, this could generate sudden abruptions of the placenta, very dangerous for mother and baby.

In general, a woman notices that she has the previous placenta when he does the morphological ultrasound in the second trimester. We have collected some testimonies regarding mothers who have had placenta previa.

Read also: Contractions: what they are and how to recognize them

Here are the testimonies of mothers who said they had placenta previa during pregnancy.

1. "Placenta previa centrale": story of my Federico, born at 32 weeks

I am the mother of a child born at 32 weeks plus 2. I'll tell you the story of my pregnancy and my birth. Upon returning from the New Year's Eve in Paris in January 2022, I discover that my little Federico is inside me. What a joy! The magic begins, I start fantasizing about the future and watching my belly grow until July 11th. On that very day, at 6.00 in the morning, I get out of bed and notice specks of blood, then a big loss, then wake up my husband and go running to the hospital. The verdict is: "central placenta previa". Immediately after vasosuprina, drip and then transfer by ambulance to the San Camillo di of the city.

2. Placenta previa and difficult delivery: my daughter and I were lucky

I have experienced a difficult pregnancy due to a placenta previa detachment. Luckily my daughter was born healthy and the birth went well. But my experience was really bad: the doctors told us that we were lucky, if I had had the detachment at home, my daughter would not have made it and, most likely, neither would I. It was very bad not to have her with me, not being able to squeeze her or breastfeed her immediately, a real pain. After 10 days finally, the three of us were happy together at home.

Placenta previa and other complications, the testimonials

Here are some stories of mothers who, along with other complications before, after or during pregnancy, had placenta previa.

1. Infertility and IVF, my miracle

After many years of infertility, I managed to become a mother after the fourth IVF attempt. I'll tell you the story of the arrival of my miracle.

2. Difficult pregnancy and emergency caesarean section. I always think of my baby in heaven

Five years ago I had a really difficult pregnancy: the doctors should have realized that I was not well instead of sending me home despite having an infection. Unfortunately, my daughter died immediately after giving birth. It was very difficult. Now I am the mother again of a 10 month old baby born premature, who is fine. But the memory of my daughter will always be alive in my heart.

3. Diego, my baby premature with ecrodactyly in one hand

My second birth was terrible. I had placenta previa accreta and increta. And, during labor, I had great medical difficulties: I underwent general anesthesia and I had a pulmonary embolism. Eventually, my baby was born premature and with a problem: he has ecrodactyly in one hand. Now we have begun to make the various visits to understand how to behave with his hand. For now we will fix his first surgery to reposition correctly the two fingers he has and then we'll see. For now, we enjoy his every change and every smile from him.

4. Complications after giving birth: my baby didn't make it

After the wedding, for a long time, despite several attempts, I could not get pregnant. Until, thanks to a gynecologist, I discovered I only had one working ovary. I finally got pregnant, carried on with the pregnancy, but my little one did not survive the birth. I felt infinite suffering. After three years, I discovered that I was expecting a boy and in 2022 Lorenzo was born, who is fortunately currently doing well. Today I am a happy mother of two children, but I do not forget the pain I experienced.

5. Silent abortion. Today I am the mother of a beautiful 12 year old girl

After I got pregnant for the first time, on my first visit the doctor told me that I had had a silent abortion. I cried a lot and had to mourn. Now I am the mother of a beautiful 12 year old girl, but I will never forget that little sister who flew away.

6. Three pregnancies 7 years apart: each one was different

I have had three pregnancies within 7 years of each other. They were unique experiences, to try and share. The last two were particularly difficult. I know that everyone experiences this event in their own way. I love life and I gave it to my three jewels, with no little pain, but with the hope that they will bring something special to humanity.

7. After many attempts, I finally managed to become a mother

I have always felt, since I was a young girl, a great desire for motherhood. The strongest emotion, that of becoming a mother, I experienced at 27, with the man of my life, after many failed attempts and two abortions, both in the fourteenth week.

8. I still dream of a large family. In spite of everything

My name is Catia and I want to tell you my story. Becoming a mother of a large family has always been my dream. My maternal grandmother had six children and my paternal grandmother had eight. I have always said that I would not be outdone. I met my boyfriend when I was 21. I quickly realized that he was the right person for me. We immediately took and loved each other so much that two months later we decided to have a child. In reality, fate had more in store for us. In fact, this was not the case.

Read also: Emergency caesarean section for my second birth. What a pain! TAG:
Placenta previa: marginal or complete, causes and risks for the baby ❯

add a comment of Placenta previa in pregnancy: the testimonies of mothers