Poppies at night, the false myths to be dispelled 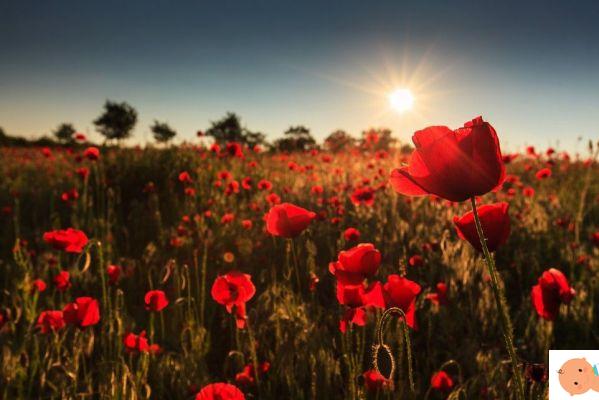 It's true: after the first few months, for some mothers that breastfeed nighttime feedings can be uncomfortable. Removing them can be a possibility, as long as it is done gradually.

However, some must be taken into account false myths and some aspects that are often underestimated. He illustrates them to us Antonia Tomaselli, pediatric nurse and Ibclc professional lactation consultant.

1. Whether they take mother's milk or infant formula, there are few children who sleep "all night" from an early age

While it is true that bottle-fed babies have longer digestion times and therefore tend to wake up less, on the other it must be taken into account that not only in the first months but even in the first years of life the nocturnal awakenings of children are physiological, because babies sleep differently than adults. "For example - underlines Tomaselli - they have more difficulty in entering deep sleep, and this facilitates awakening".

Not only that: when the baby arrives around six months, he has one more reason to wake up often, and that is the anxiety and excitement of the conquests made during the day. "Between six months and one year of life, the baby undergoes a lot of changes", says the consultant. "For example, he learns to sit, to crawl, to stand up, to communicate with the first words. He begins to be more autonomous and all this involves a great emotional load, which accumulates during the day and returns to the surface at night. facilitating awakenings ".

Or, again, if the mother goes to work, and leaves him at the nursery, with the nanny or with the grandparents, she may wake up more often as a manifestation of separation anxiety. "When the mother comes home, her little one expects more contact with her. Of course, if he is breastfed, he will do it in a particularly full-blown way, because he is used to close physical contact, but the same is also true for breastfeeding. infant formula ". Finally, if he goes to the nursery he will tend to wake up more often simply because he gets sick more.


For all these reasons it is not very easy to remove night feedings before the baby is born, and in any case one shouldn't expect too much from this decision: it may be that the little one actually begins to sleep more, especially if he is a few months old, but it is not at all obvious. Some children don't stop waking up at all, and what's more, they find themselves without a useful tool to get them back to sleep.

2. It is not true that, after a few months, breastfed babies attach themselves at night only as a form of cuddle

There is the idea that at night babies do not join together to eat, but as a "vice", as if the breast were a pacifier. "In reality it is not like that," explains Tomaselli. "The breast is a gland, and even if the sucking seems ineffective, it actually stimulates the release of oxytocin, which starts the milk production. So, in fact, even at night the baby eats, and this night feeding is very important for keep milk production high".

On the contrary: babies often breastfeed even more effectively at night. "Around four / five months they begin to notice the surrounding world, so during the day they tend to get distracted: feedings are short, interspersed with continuous separation. At night, however, they are more relaxed and allow you to recover". If in this phase the nocturnal feedings are removed, and therefore the stimulation of the "milk production center" is prevented, this becomes less and less efficient and already after a few mornings the breasts are less full.

If the deso is breastfeed exclusively for up to six months, and maybe continue to breastfeed even after, better to avoid interfering with the delicate mechanisms of milk production.

3. There are some tricks to breastfeed without getting too tired

Especially if the mother works during the day, the nocturnal awakenings are tiring, there is no doubt. "But it is by no means certain that mothers who breastfeed even at night are more tired than others", Tomaselli emphasizes. This is especially true for mothers - but it would be better to say for couples - who decide to put their baby to sleep in their room.

All of this does not mean that breastfeeding at night is a walk - it is not always, and month after month, fatigue can actually be felt. In these cases, eliminating nocturnal feedings is an absolutely legitimate choice, but it must be made by asking yourself exactly what you intend to achieve with this decision, and aware of the possible consequences (such as a possible decrease in milk production).

Even considering that there is no simple and immediate alternative: Managing a small child can be very tiring, regardless of how they are fed and what you decide to do when they wake up at night. If you are not among the lucky few with babies who wake up infrequently, it does not mean that getting up several times to rock them, sing lullabies or give bottles is necessarily easier than breastfeeding them. Not even if you delegate to the father: meanwhile, the little one does not necessarily accept the replacement (in the first months of life the "desire" for mother is stronger than any other), and the hustle and bustle at home still risks keeping you awake.

Is it true that at night babies do not latch on to the breast to eat, but as a "vice"?

No it does not. In fact, even at night the baby eats, and this nocturnal feeding is very important to keep milk production high.

add a comment of Poppies at night, the false myths to be dispelled