Postpartum constipation: why it comes and what to do 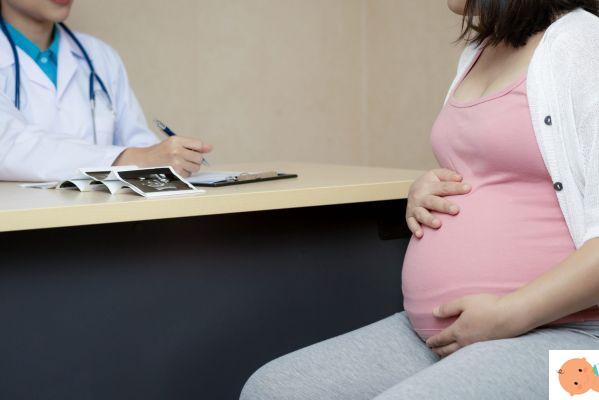 La constipation it is common in the postpartum period, particularly in the first few days after the baby is born. After Natural childbirth - due to a possible episiotomy - and after the Caesarean section - due to the stitches - it may be difficult to pass the body easily. So let's see what can be done to address the postpartum constipation.

Constipation is most common in the first few days after giving birth. But the data show that many women suffer from constipation for three to six months after childbirth, sometimes up to a year.

Among the main ones causes of postpartum constipation we remember:

What laxatives can you take?

During pregnancy and after childbirth, it is advisable to try over-the-counter mass-forming laxatives, such as psyllium and methylcellulose, or osmotic laxatives, such as bisacodyl, senna, or castor oil, as a first attempt. Before taking any product it is important to consult with your doctor.

Constipation after Caesarean delivery. What to do?

It is not so uncommon to suffer from constipation after the cesarean, especially if you lived with this disorder before pregnancy. The intestine is also called "second brain " and can, therefore, suffer the effects of what is a real surgical operation. In addition, the presence of stitches and postpartum pain can make going to the bathroom even more difficult.

During post partum, many things can happen as the body tries to return to normal. One of the most common ailments in this phase is precisely a constipation, caused, as we have seen, by several factors: theintestine, compressed due to the size of the uterus, it will take a few days after the birth of the baby to return to its normal functions, but in the meantime, hormonal changes, medications, the effects of labor or cesarean delivery and much more can favor the onset of constipation.

Constipation is also closely connected to meteorism, that is the formation of intestinal gas that gives a heavy sensation of bloating. To limit the problem, start from the diet, avoiding those products that can ferment and cause bloating (carbonated drinks, for example, but also too many legumes).

What to eat after childbirth to avoid constipation

Here are some tips on nutrition.

Soluble and insoluble fiber work well together: soluble fiber causes water to reach the colon, helping to soften stool and promoting bowel movement; at the same time the insoluble fibers increase the water content of the stool, and, combined with light physical activities or walks, can favor intestinal transit.

Constipation while breastfeeding what to do?

We follow one Healthy diet, balanced and correct that is useful both for the production of milk, so nutritious and important for the baby, and for the mother. Fibers, lots and lots of water, a little physical movement are the main rules. And let's not forget to rest and take some relaxing moments for us (just a few minutes!) Because constipation is also closely connected to stress.

Constipation that lasts four to five days after delivery, if it is stubborn and severe and if it is accompanied by constant pain, severe swelling and vomiting, should be reported to the doctor.

Caesarean section: goodbye to the scar thanks to the laser

Abdominal diastasis: what it is, what are the symptoms and how to treat it

add a comment of Postpartum constipation: why it comes and what to do