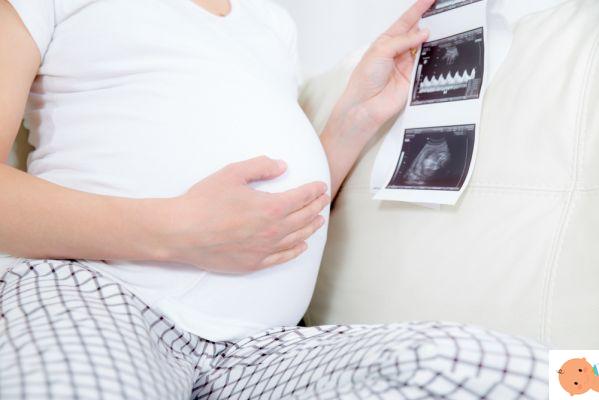 Immediately after giving birth, the woman should expel the placenta - this stage is called afterbirth and it usually happens without difficulty. At other times, however, it requires a few more maneuvers by the obstetrician and, rarely, by the gynecologist. In rare cases, however, the placenta is not fully expelled and is spoken of retained placenta. What is it and what are the risks involved?

What is the afterbirth

The afterbirth is the final stage of childbirth and consists indelivery of the placenta and other fetal appendages, such as membranes and amniotic fluid, after the baby leaves. Most of the time the afterbirth occurs naturally: after the expulsion of the child, everything else follows. Other times, a manual intervention, particularly when the placenta has adhered to the uterus, and can be a painful, if necessary, maneuver. Doctors intervene when the placenta does not detach naturally, thanks to contractions, from the uterus: this can be done with the help of oxytocin, which favors the uterine contractions, or manually, with the intervention of the gynecologist or, in the most serious (and very rare) cases, through an operation in the room, under anesthesia.

Read also: Secondamento: what it is and how it happens

What is retained placenta

There is talk of retained placenta when part of the placenta or members remain in the uterus. In the rare cases in which it occurs - it happens in 2% of births - the medical team puts into practice some precautions that should favor the complete expulsion of the fetal appendages, through maneuvers and repositioning of the new mother. But what if doctors don't notice which gods remnants of placenta did they remain inside the uterus?

During the afterbirth, the midwife, sometimes in collaboration with gynecologist, rate it state of the placenta: if it appears intact, there is no reason to think that it has not been successful. When this does not happen the reasons could be different:

One has placenta retained, therefore, when the placenta does not come completely ejected due to an inability of the uterus to contract adequately (for this reason oxytocin is often used), when the umbilical cord breaks, or when the placenta is accrete, i.e. entered the underlying myometral layer and therefore fails to detach from the uterus.

Symptoms of the retained placenta

If doctors do not notice the placenta residues left in the uterus, they usually form bleeding bleeding that the uterus, unable to contract as it should, is unable to stop. In case of tachycardia, tachypnea (i.e. impaired breathing) e severe abdominal and pelvic pain doctors will perform a visit or an ultrasound to evaluate if it is a retained placenta and intervene.

The risks of restrained placenta

An incompletely delivered placenta can result even serious consequences for the new mother, who experiences pain, bleeding and infections. Suffice it to say that in some developing countries it is still among the most frequent causes of death among pregnant women.

How to intervene in the event of a retained placenta

In most cases, the medical team notices the placenta already retained during the afterbirth, or immediately afterwards, or because it is not intact, as we said, or because a hemorrhage is in progress. Usually it is enough to intervene with the administration of drugs to promote uterine contractions, aimed at completely expel the fetal adnexa, or with internal manual maneuvers to remove residues. When, despite these precautions, there are still residues in the uterus, we move on to revision of the uterine cavity, known by the common name of curettage, a practice that usually takes place under local or general anesthesia with the help of medical tools, practiced by a gynecologist. Once the uterine cavity is cleared, you may need some internal stitches.

La retained placenta it is a rare event that affects very few mothers and should not worry: obstetricians and gynecologists are able to assess the state of the placenta during the afterbirth and intervene immediately without complications. If they do not notice any residues inside the uterus, the symptoms of the new mother will alert the doctors, who will intervene promptly.

Recommendations of the Ministry of Health on the risks of childbirth

Urgencies in labor and delivery

TAG:
Plagiocephaly: how to prevent flat head in the newborn ❯

add a comment of Postpartum retained placenta: what it is and what are the risks