Postpartum, what happens to your body 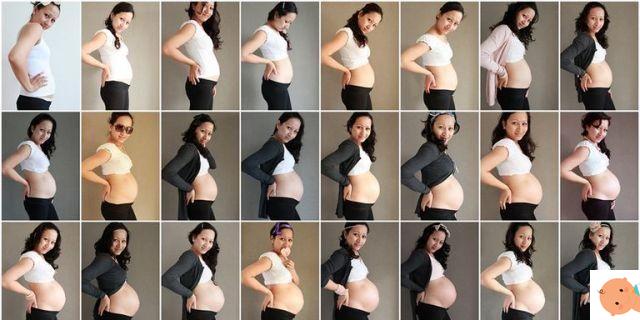 Oxytocin, the hormone that stimulates contractions during childbirth, remains (to a lesser extent) in the bloodstream, continuing to stimulate contractions within the uterus. It must be so in order that the excessively dilated longitudinal fibers withdraw into the uterine muscle like a rubber band. This closes the capillaries in the area where the placenta was. Which still left a wound the size of a hand.


On the first day the body produces colostrum or first milk. It has a yellowish and watery color and comes out in droplets. Just the right amount for the little one. By breastfeeding with the right frequency, milk production is set in motion correctly between the second and fourth day. The breasts fill with creamy, yellow transitional milk (until the end of the second week).

It is rarely a light and gradual phase: the term "milky whipping" in this case is apt. Since pregnancy hormones such as estrogen and HCG decrease sharply after childbirth and at the same time as breastfeeding more prolactin and oxytocin begin to circulate in the blood, some hormonal chaos can occur in the first few weeks. The consequence? Plants to no end. Tears and other liquids: the pads accumulated during pregnancy are completely emptied: up to 4 liters per day.

Injuries of the perineum or cuts such as C-section wounds most often heal completely around this time. These first days are accompanied by the lochia, that is the vaginal loss of secretions from the wound and remnants of mucosa. It is stronger than menstruation. But already at the beginning of the second week it subsides.

In the second postpartum period, the body gradually returns to the "not pregnant" state. Breastfeeding and milk production normalize (from the third week the breast produces "pure breast milk", watered blue in color), the uterus returns to its original size, birth wounds heal permanently and vaginal discharge becomes first of a yellowish-brown color (from the second week), then of a whitish color (from the third week), and then disappears completely after four to six weeks.


During this period, the mother can begin with rehabilitation gymnastics, which should strengthen the tissues and the pelvic floor. The actual sport is still taboo. The second postpartum period ends six weeks after giving birth and should end with a visit to the gynecologist.

add a comment of Postpartum, what happens to your body