Precocious puberty: what it is and what it entails 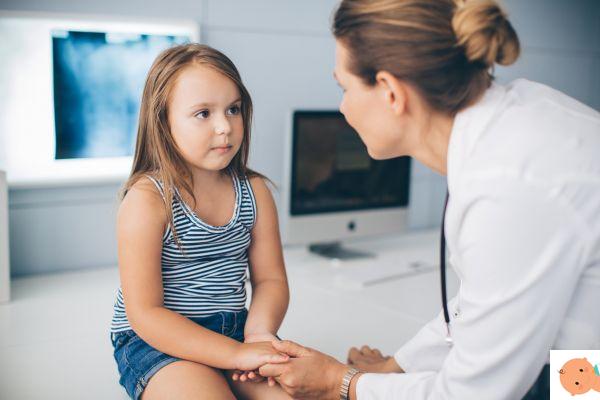 Two studies, conducted in Del Paese, confirm the trend towards precocious puberty compared to previous years, due to various factors, such as weight gain, physical inactivity, stress and excessive use of digital devices.

The first study was conducted by the city's Bambino Gesù Hospital and reported an increase in cases seeking counseling for precocious puberty in 246 patients in 2022 compared to 108 in 2022, an increase of 108%. In the second study, conducted at the city's Meyer Foundation, 49 cases of precocious puberty registered in 2022 were included; data were compared to cases observed in the previous 5 years and a significant increase in new diagnoses of precocious puberty was observed. The stimulus to hormone production is hypothesized to be due to the increase in body mass index due to inactivity and poor diet, but psychological factors may also have played a role.

Precocious puberty: what it is

The Covid pandemic has also affected the hormones of the smallest ones. Following the lockdown, the cases of girls whose first menstrual cycle occurs very early have doubled, starting from the third grade. It is hypothesized that the trigger for the stimulus to produce hormones is due to one sum of factors.

"Psychological factors may also have played an important role. The anxiety of contracting the disease, the fear of illness, the social distancing. And then the changes in normal routines, the perception of parental fears about financial or health problems. other kinds may have created emotional instability and a loss of sense of security. " Manuela Farris, member of the Del Paesena Society of Childhood and Adolescent Gynecology (SIGIA) explains "Furthermore, it is plausible that an increased use of electronic devices has led to a reduction in melatonin levels. Hormone that acts as a trigger for endocrinological changes. leading to the onset of pubertal development at a lower age. It will be necessary to clarify whether this trend is linked to the particular moment of lock-down and confirmed in studies conducted in other Del Paeseni centers. "

"In females, breasts begin to appear, hairs appear and a sudden growth in height is observed. The important thing is not to underestimate the situation and immediately contact the pediatrician or a child gynecologist. case of precocious puberty. And, in this case, he will also proceed to prevent the girl from experiencing symptoms on a psychological level. Because she begins to see herself different from her companions ". Dr. Farris continues. "You will be able to show us which way to go, to avoid that the anticipated closure of the cartilages blocks the growth of the body. In some cases it could even be just in the presence of an accelerated pubertal development.

How to deal with the topic already at 8 years old

The tool that wants to open the discussion on the first menstruation is called "Handbook of Wonderful Girls". To want this book is the INTIMINA brand for intimate health. Which is committed to promoting an educational message for "wonder girls" between the ages of 8 and 12. The "Handbook of Wonderful Girls" contains 5 stories of young women who share their experiences with menstruation and their psycho-physical changes. It is an interesting learning experience on managing this physical and hormonal change. The volume is full of medical information and practical advice, with episodes that highlight the importance of friendship, mutual support and environmental sustainability.

Female puberty generally begins between the ages of 10 and 14, except when it comes to precocious puberty. This arises before the age of 8 through some signals:

The changes in puberty are related to the production of hormones produced by the pituitary gland, called gonadotropins, which stimulate the function of the testicles and ovaries. Underlying most cases of precocious or early puberty there are no diseases, while the presence of similar cases in the family plays a role of primary importance.
Some genes have recently been identified that explain familial forms in both females and males. In rare cases, some tumors can cause precocious puberty (Hamartomas of tuber cinereum, germinomas, craniopharyngiomas, gliomas).

Excessive and anticipated production of sex hormones (male and female) accelerates growth in height but anticipates the development of long bones. As a consequence, the adult height it may be less than normal. The child with precocious puberty can complain of psychological and relational discomfort deriving from his own, unexpected, bodily changes and from the comparison with his peers.

It is good that the investigations are suggested and coordinated by a specialized center of pediatric endocrinology and may include:

Precocious puberty therapy goes decided on a case by case basis by a specialist and has the following objectives:

Medicines that are capable of are used for therapy block the action of excess hormones produced by the pituitary gland, the gonadotropins, in central precocious puberty.
These drugs are effective and safe. In the very rare cases in which precocious puberty is caused by a tumor, surgery is performed to remove the neoplasm.

Article sources: Bambino Gesù Hospital, Meyer Foundation TAG:
Puerperium, what is and who is the puerperium ❯

add a comment of Precocious puberty: what it is and what it entails