Preeclampsia (or gestosis) in pregnancy: symptoms, causes, treatments and how to prevent it 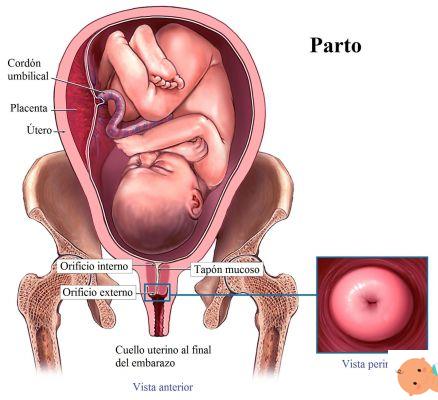 What is preeclampsia (or gestosis)?

It is a typical disease of pregnancy, which therefore affects only pregnant women (this is why in the past it was called gesturesi), potentially dangerous for both the mother and the fetus. Concern about the 3-5% of pregnant women.

It appears, usually suddenly, in the second part of gestation, after 20 weeks. To avoid damage, even serious, it is essential to diagnose it in time, especially by keeping it under control blood pressure and with regular urine checks.

20 UNMISSABLE books to read during pregnancy

A selection of books to read for expectant mothers, which we have composed thanks to suggestions from Amazon. From books on education to those on pregnancy and childcare, up to ...

Read also: what is Hellp's syndrome

How does gestosis manifest itself? Symptoms

"Preeclampsia is subtle, because a lot often the affected woman does not feel specific sensations" explains Customs Todros, head of the gynecology and obstetrics department of the AOU City of Health and Science of Turin.

I main symptoms that should lead to suspicion of preeclampsia are two:

In pregnancy a slight increase in protein in the urine it is considered normal. Precisely for this reason, if out of pregnancy a proteinuria up to 150 mg / l is tolerated, during gestation the limit rises to 290. A very high proteinuria can depend on urinary infectionssuch us cystitis, the incidence of which increases in pregnancy: if this is not the case, it is possible that it is preeclampsia. In case of high proteinuria it is always advisable to consult your doctor.

In some cases they may appear other symptoms, as

"But they do not always manifest themselves and when it often happens, it is an indication of an already serious form "Todros points out.

It is often said that a typical symptom of preeclampsia is the appearance of edema, i.e. swelling, in the legs. In reality, edema can easily appear even in completely normal pregnancies, without indicating any pathology: it suffers about the 40% of women in the third trimester. It is true, however, that in the case of preeclampsia the finding of edema is more frequent: in the case of swelling, therefore, it is always better to warn the doctor.

What does preeclampsia depend on? The causes

The precise cause of this condition it is not yet known. "We know it depends on a generalized damage to the blood vessel walls of the placenta, the organ that carries oxygen and nutrients to the baby, but we still don't know what this damage depends on, "Todros points out." They are probably involved autoimmune and inflammatory mechanisms, but it is still all to be clarified ".

In any case, what happens is that the placenta functions poorly, with two consequences: on the one hand, it produces "bad" substances that damage the mother's circulation; on the other hand, it does not allow the transfer of oxygen and nutrients to the child, who enters into suffering.

"We also know that it is a disease typical of the human species" underlines Sergio Ferrazzani, associate professor of prenatal medicine at the Catholic University of the city and medical director of the Gemelli Polyclinic. "In other mammals it can only be induced experimentally." And the ancient Greeks already knew it: “Obviously they did not measure blood pressure and did not do urine tests, but they found that sometimes pregnant women - and their children - died from sudden convulsions.

What does preeclampsia involve?

If not caught in time, the consequences of this condition can be severe.

From preeclampsia to eclampsia

For the mother, it ranges from coagulation disorders to generalized organ damage, to evolution in eclampsia, which manifests itself with seizures, loss of consciousness and in some cases brain haemorrhages. Unfortunately, it is precisely for these consequences that preeclampsia is one of the leading causes of maternal mortality in pregnancy and childbirth, both in developing and developed countries such as the country. Where, according to the data of the'Higher Institute of Health about 10 women are still dying for every 100 births.

The risks for the child

For the child, the main risks are those of growth retardation or arrest, in addition to the risks of a premature birth: when preeclampsia occurs, in fact, the only possible solution to resolve it is childbirth.

Gestational diabetes and gestosis: the differences

Il gestational diabetes occurs only in the nine months of pregnancy and is in un alteration of glucose metabolism. It is kept under control with the diet and in limited cases with the use of insulin. It should not be confused with type I diabetes but not with gestosis either.

Are therapies possible? How is it done?

"There are no effective drugs for the treatment of preeclampsia: the only way to stop it is to stop the pregnancy"says Ferrazzani. In short, the therapy is childbirth, which allows you to remove the placenta, responsible for the disease.

Delivery completed, which usually occurs with Caesarean section,he situation returns to normal and also the health conditions of the woman progressively improve.

The biggest problem arises if preeclampsia occurs at a very early gestational stage, when the fetus - and in particular its respiratory system - is still immature and the risk of perinatal mortality is high. "In these cases it is a question of evaluating and balancing very carefully the risks that mum and baby run" underlines Todros. "If possible, we try to carry on the pregnancy even with the help of symptomatic drugs: even a few days count, in an early gestational period". However, this may not always be useful: there are also cases in which the baby, who no longer receives oxygen and nutrients, is more in danger in utero than outside. Obviously, for this evaluation it is good to rely on highly specialized centers, which also have a department of neonatal intensive care ready to assist a premature baby.

"In the forms of late preeclampsia it is generally preferred to have the woman give birth immediately" concludes Ferrazzani. "By now the fetus has reached almost complete maturity and it is not worth making the mother run unnecessary risks".

What are the main risk factors?

Based on a careful analysis of the scientific literature produced on preeclampsia, a research group at the Saint Michael Hospital in Toronto summarized the main factors that can predispose to a high risk of preeclampsia. Here they are:

Other factors can also represent a risk, when combined. It is about:

Therefore, a woman with only one of these characteristics would not be at risk, but a woman with two or more: for example, a 42-year-old woman expecting twins.

However, it must be said that in most cases preeclampsia occurs in the first pregnancy and without particular risk factors.

Can preeclampsia be prevented?

All high-risk women it is generally recommended toaspirin intake, low-dose aspirin: it has been seen in fact that, if taken in the first 12-14 weeks of pregnancy, which correspond to the period in which the placenta is formed, aspirinetta reduces the risk of preeclampsia. This measure is suggested by the main international scientific societies, and is also mentioned in a extensive article review of the available scientific literature published in the British Medical Journal in April 2022.

Always at high-risk women is usually suggested some more control: in particular, the Doppler flowmetry of the uterine arteries, to be carried out around 24 settimane, which is used to assess whether placenta formation has been adequate and whether the placenta is functioning well. In fact, placental insufficiency can be an early sign of preeclampsia. Furthermore, in situations at risk, pregnancy is monitored with more frequent ultrasound scans, which serve to assess fetal growth and well-being.

all other women - which are the majority - a real routine prevention is not yet possible. For the moment, the recommendation is to accurately measure blood pressure at periodic intervals: once a month in the first months, two / three times a month after 20-22 weeks and every week from the beginning of the third quarter. Urinalysis is also very important, to identify any proteinuria: it is to be done once a month and even 2/3 times in the last month.

Prospects for the future

The problem ofaspirinetta is that it only works if given early pregnancy, long before preeclampsia can occur. For this reason, it would be useful to have tools that make it possible to identify, among all pregnant women, those who are really at risk of developing the disease, given that in most cases it appears in women who have no apparent predisposing factors.

In recent years, scientific research has moved a lot in this direction: we are trying to understand if some changes in Doppler flowmetry already present in the first trimester are associated with an increased risk of preeclampsia. And at the same time they are looking for each other biochemical markers, substances that can be detected with a simple blood test and that signal well in advance that there may be some problem.

Some tests based on details placental proteins they have already been developed, but for the moment they are still used on an experimental basis: they are not yet reliable as early screening tools.

How to prevent high blood pressure in pregnancy?

It is recommended to drink plenty of still water; if the course of pregnancy allows it, do moderate physical activity; rest and avoid stressful conditions as much as possible; check your blood pressure every day.

How is preeclampsia recognized?

The initial signs of preeclampsia include high blood pressure and the presence of protein in the urine, which are detected during visits and periodic check-ups during pregnancy.

Read also: Pregnancy, the ultrasound scans not to be missed TAG:
Prelibri di Bruno Munari, how they are used and what they are for ❯

add a comment of Preeclampsia (or gestosis) in pregnancy: symptoms, causes, treatments and how to prevent it