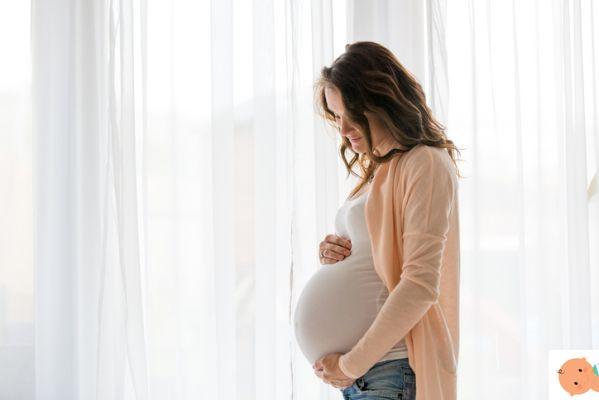 85% of Del Paesene women living with multiple sclerosis fear they will not be able to become a mother. 49% are also afraid of passing the disease on to their children

This was revealed by a survey conducted in Europe (Germany, the country, Spain, the Netherlands and the United Kingdom) on 1.000 women aged 25-35 with a diagnosis of relapsing-remitting multiple sclerosis (MS). Results that highlight the persistence of erroneous beliefs regarding the possibility of pregnancy for those affected by this disease. Because scientific evidence suggests that multiple sclerosis patients can become mothers.

What is Multiple Sclerosis (MS)

In Del Paese, as indicated by theMultiple Sclerosis Association (Aism), about 114.000 people are affected by multiple sclerosis. A chronic progressive neurological disease characterized by damage and loss of myelin in multiple areas of the central nervous system (predominantly optic nerves, cerebellum and spinal cord), hence the name 'multiple', and by the formation of similar lesions (plaques) to scars, hence the term "sclerosis". The inflammation is triggered by the immune system which, going crazy, triggers an attack against myelin, the protective sheath of nerve fibers, essential for the correct conduction of the nerve stimulus. This is why we talk about demielization.


"Multiple sclerosis is a demyelinating and neurodegenerative disease of the central nervous system, most likely of autoimmune origin", he points out. Maria Pia Amato, professor of the Department of Neuroscience of the University of the city. "It usually occurs in young adults with a female / male prevalence of about 3: 1."

MS can begin at any age, but is in fact diagnosed mostly between the ages of 20 and 40 and in women, who are affected twice as many as men. Early diagnosis and treatment allow patients to maintain a good quality of life (the average life span of sick people is comparable to that of the general population).

La relapsing-remitting multiple sclerosis is the most common. In fact, about 85% of diagnosed people have this form, characterized, for a certain number of years (about 20 years from onset), by acute episodes of disease alternating with periods of complete or partial well-being.

Could the misconceptions about pregnancy be attributable to the lack of dialogue with the doctor? More than 1 in 3 women, 35% of the total women involved in the European survey carried out with the support of Teva Pharmaceuticals Europe and touchNeurology, do not discuss these topics with the neurologist / MS specialist and 49% do not discuss them with your GP, despite these issues giving rise to concern.


Furthermore, 87% of respondents said they would like more and better information on pregnancy-related issues to make more informed choices. More than 88% of women with multiple sclerosis said they would like to discuss these issues with their doctor: especially about what to expect during childbirth (31%), on the child care after pregnancy (29%) and on therapeutic options in the period before and after conception (28%).

“The diagnosis of multiple sclerosis - comments Amato - can raise many questions in women on the issues of pregnancy because in fact it mainly affects women of childbearing age. It is therefore important that they have access to quality information and receive the support of qualified health workers ”.

MS does not compromise fertility. However, it is important to be informed about the effects of therapies on conception first and then on pregnancy

“Today we know - she continues - that for the majority of women with this disease the risk of complications related to pregnancy does not increase in general. For this reason, within the Primus project we have adopted a multidisciplinary approach with the participation of neurologists from specialized clinical centers, gynecologists and psychologists and, on the basis of the evidence available in the literature and clinical experience, we have developed a consensus with respect to counseling of the woman with MS who faces a maternity project and the therapeutic choices to be evaluated before, during pregnancy and in the post-partum period ".


Il progetto Primus (PRegnancy in MUltiple Sclerosis), to which the professor refers, has in practice brought together a multidisciplinary team to define the management paths of the patients before, during and after pregnancy and certifies the progress made to meet their maternity deso.

In fact, a study published in 1998 in the New England Journal of Medicine marked a new course in the possibility of becoming pregnant with multiple sclerosis. "Until then, patients were advised against becoming pregnant due to an alleged negative impact on the disease, then everything changed because the study in question showed that pregnancy does not compromise the course of the disease and on the other hand MS is not incompatible with the desire to become a mother. Since then, the focus has shifted from pregnancy to drug safety in pregnancy. Which means - continues Amato - that right from the diagnosis the neurologist must discuss with the patient a possible pregnancy because it is an element to be taken into consideration when evaluating the therapy ".

Today for multiple sclerosis there is no cure but a series of drugs to keep it under control. It is therefore important to assess how these drugs are compatible with a possible pregnancy. In fact, as Aism also points out, "the majority of drugs that modify the course of the disease (immunomodulants and immunosuppressants) available today are not approved to be used during pregnancy": it is therefore essential that women are confronted with the own neurologist to evaluate the therapeutic plan compatible with conception, pregnancy and breastfeeding and when instead having to suspend the therapy.

“In fact, there are drugs that are overall safe until the moment of conception; others for which a suspension period is foreseen because they are toxic to the fetus or for which information on their safety in pregnancy is lacking ”explains Amato. A woman with multiple sclerosis should also examine any other medications, including symptomatic medications, with her neurologist and gynecologist, in order to identify those that are safe during pregnancy and breastfeeding.

"Multiple sclerosis by itself does not have a negative effect on the course of pregnancy and on the health of the fetus," explains Amato. The woman with MS is not at an increased risk of miscarriage or fetal death, nor does it cause increased neonatal mortality or fetal complications. The risk that a child with a parent with MS will develop the disease later in life is slightly higher than a child with no parent with the disease, but this is a slightly higher risk. In other words, MS is not a hereditary disease, "it is not hereditary transmissible" explains Amato.

In this regard Aism explains that MS is not an infectious disease and it is not transmitted from individual to individual. Similarly, the fact that genetic predisposition may play a role in the onset of the disease DON'T it means that MS is hereditary or that it is passed on from parents to children with their own chromosomes. Epidemiological studies have found a higher frequency of the disease in members of the same family unit, but the incidence is very low in absolute terms: children and brothers or sisters of people with MS have a negligible percentage (3-5%) of higher risk , compared to family members of people without multiple sclerosis, to develop the disease.

Management of MS during pregnancy, childbirth and postpartum

Having multiple sclerosis does not in itself lead to a high-risk pregnancy. Typical MS symptoms such as difficulty walking, balance, bladder and bowel problems, and fatigue during pregnancy can get worse.

"Vitamin D supplementation is recommended because it would have a potentially favorable effect on the course of the disease and on the risk that the child could develop it in turn" advises Amato.

Childbirth decisions are assessed on the basis of obstetric-gynecological considerations. All forms of anesthesia are considered safe for women in labor.

Breastfeeding does not lead to an increased risk of relapse or disability. However, since medications are incompatible with breastfeeding, this choice needs to be planned to evaluate when to restore multiple sclerosis therapy.

The postpartum period is very busy for all mothers. The increased risk of relapses in the first three to six months after childbirth (probably due to hormonal fluctuations typical of pregnancy and the puerperium capable of influencing the reactions of the immune system), is added the fatigue resulting from breastfeeding and nocturnal awakenings , which can add to the fatigue of multiple sclerosis.

“It is very important - points out Amato - that pregnant women and during the puerperium are therefore followed by a multidisciplinary team, made up of a neurologist specialized in the management of MS, gynecologist and support psychologist, as happens in multiple sclerosis centers. And that in order to become pregnant a woman awaits a stabilization phase of the disease ".

Pregnancy must be a project: the planning of maternity and the therapeutic path must be assessed ad personam

"The fundamental message that should reach patients with multiple sclerosis - he concludes Giancarlo Comi, head physician and director of the San Raffaele Institute of Experimental Neurology in our city - is that pregnancy must be a project, and not an event left to chance, to minimize the risks for the mother and the fetus. Therefore, the state of the disease, the possible treatments and the response to the treatments must be carefully evaluated. Because we have a very broad spectrum of possibilities and if some drugs are contraindicated during pregnancy, others allow you to continue the treatment until the pregnancy is complete. It is therefore good that the decision is strongly shared with the doctor who is in charge of the patient's care, in the awareness that pregnancy is not a moment that ends with childbirth, but affects the life of the woman and the couple ".

“Toolkit on Multiple Sclerosis and Pregnancy”, in English

Read also: the story: multiple sclerosis, this is how I became a mother TAG:
Pregnancy After The Pill: How Long Does It Take To Get Pregnant? ❯

add a comment of Pregnancy: becoming a mom with multiple sclerosis