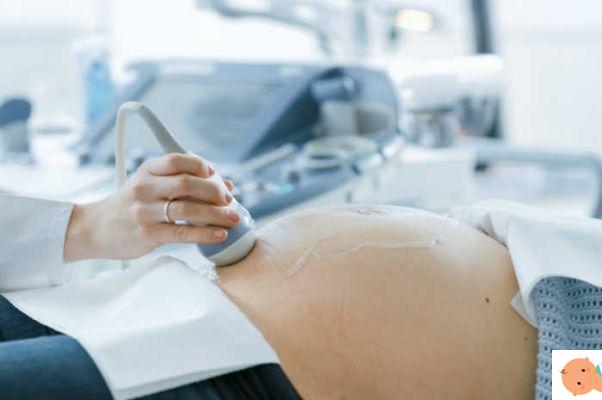 I test at screening are non-invasive examinations (therefore they do not put pregnancy at risk) which estimate a woman's personal risk of having a fetus affected by Down syndrome and trisomy 18. Today, the dominant philosophy of thought is to recommend screening tests to women of not at risk age , that is, with less than 35 years. In fact, several gynecologists agree, even women over 35, who are not in favor of invasive diagnostic tests, can opt for screening tests. Let's see what it is.

There are four types of tests.

What are the screening tests

More in detail, the most used screening tests:

Remember that these tests never give a diagnosis but only offer a percentage of risk that the child has chromosomal abnormalities.

All of these tests do not make a diagnosis of fetal malformation or chromosomal abnormalities, but offer only a percentage of risk. Where a suspicious result comes out, the woman is invited to investigate with more invasive tests that give safe results, such as amniocentesis or CVS.

This is an ultrasound that allows you to measure the thickness of a collection of liquid located under the fetal neck, that is, in practice, the distance between the skin of the nape and the occipital bone of the skull.


Paolo Cavoretto, obstetrician gynecologist, expert in prenatal diagnosis of the obstetrics and gynecology department of the San Raffaele Hospital in our city, explains that:

It means that if its value is altered compared to the norm, the presence of a fetal anomaly can be suspected, which will however be confirmed with a more precise diagnostic system.

Giovanni Monni, director of the departments of Obstetrics and Gynecology and Fetal Medicine at the Microcitemico Hospital of Cagliari, explains that two tests and three tests are different ways of calling the same thing, that is, a prenatal screening test consisting of two different exams.

The duo test estimates the fetus's risk of having Down syndrome or trisomy 18.

The tri test consists of a blood sample. It is therefore a small battery of biochemical tests, conducted on a venous blood sample in order to quantify the risk of chromosomal abnormalities in the fetus.

The two exams that make up the combined test are:

l fetal DNA test (in English TIN, Non Invasive Prental Test) is performed starting from a simple blood sampling expectant mother, in order to identify early the risk that the fetus is affected by chromosomal abnormalities such as trisomies 21 (Down syndrome) 13 and 18. This is a "screening" test, which unlike a test " diagnostic "such as amniocentesis or CVS (invasive investigation techniques), allows to express a prediction of low risk or high risk.