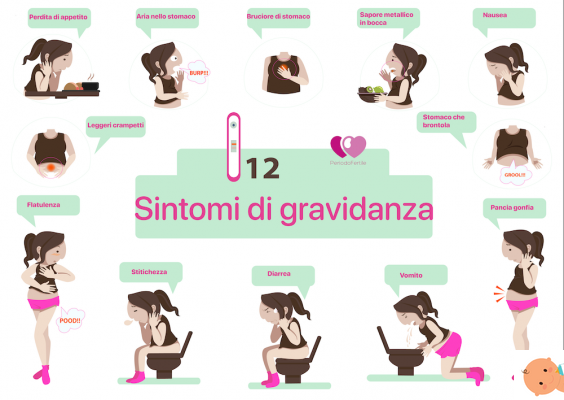 Is it possible to recognize a pregnancy before the menstrual cycle? What are the symptoms, the signs, of a successful conception? Between pains, breast tension, acne, fatigue, mood swings, how do you manage when the hope of a positive pregnancy test is around the corner and you have been looking for a baby for a while?

First of all: let's put our hearts in peace. Symptoms of pregnancy vary a lot from woman to woman and even from pregnancy to pregnancy: some may experience all the common symptoms, others only a few symptoms, and still others may feel nothing. The first, very real sign of a probable pregnancy on the way is however amenorrhea, the leap cycle. Second step to rest assured? Take a pregnancy test. Unfortunately, the signs of a new pregnancy are very similar to premenstrual symptoms.

Read also: When the first symptoms of a pregnancy appear

Signs that can occur before the absence of the menstrual cycle

But what are the signs that could indicate a pregnancy even before amenorrhea? The first signs are: plant leaks, the fatigue  sensitivity to odors and nausea.

Let's find out in detail.

Not having these symptoms does not mean that you are not pregnant: when your period is delayed, to be on the safe side, take the pregnancy test anyway.

Other pregnancy symptoms that may occur before your period

According to the Mother & Baby experts who have crossed different searches to arrive at a list of 17 early pregnancy signs, identifying some of these changes in your body can be quite emblematic. These are the most common ones:

Also Read: Pregnancy Symptoms: What Made You Think You were Pregnant?

add a comment of Pregnancy symptoms before the period