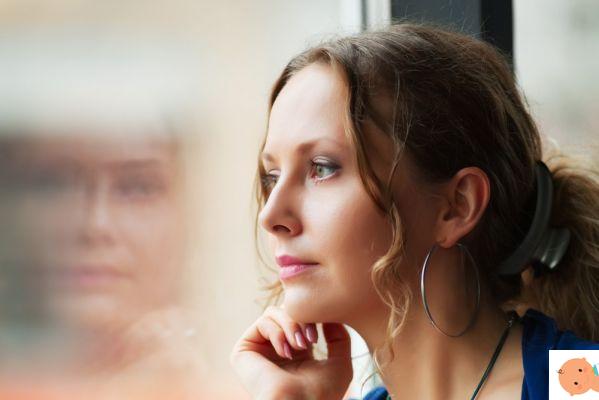 Prenatal and perinatal bereavement is a very delicate and frequent event, in front of which adults are often unprepared. When a pregnancy dies down, a deep and inexplicable pain occurs, which shakes and changes those who live it and the whole context around it. Furthermore, dealing with the theme of death is even more difficult when it is also necessary to explain it to children.

We interviewed Marta Malacrida, psychologist, psychotherapist and author of the book Prenatal and Perinatal Mourning. Suggestions and operational ideas to help children cope with loss (FrancoAngeli Editions) to ask you something more about it. It is a guide-book, which intends to help parents and educators to accompany children in the process of processing pain with special words and modalities. Marta Malacrida is also responsible for the Dynamically Center.

Read also: How to explain death to children

A book born of pain and what followed

Marta Malacrida maintains, as she also wrote in the Introduction itself, that the book "comes from a pain and from everything that followed."

«It is born, that is, from my personal perinatal bereavement, from the set of emotions, lacerations, feelings and awareness that followed the experience of the loss of my child. It was a complicated, unexpected and very painful experience, for which neither I nor my family were prepared. When it happened, the pain overwhelmed us leaving little room for words.

However, this book is also the testimony of what can come after and through mourning. I like to think of it as a kind of manual on the reworking of mourning for parents and children who are with them, older brothers and sisters of stars who have flown away too soon, but also for every adult who, in their personal or professional role, decides to caring for and accompanying a child in reworking grief. It is a complicated and not at all obvious path, in front of which one can feel alone and unprepared. I imagined this book as a kind of antidote to loneliness in which often families, but also operators fall in the vicinity of mourning ».

Read also: Death in utero: how to deal with perinatal bereavement

What do we mean when we talk about perinatal bereavement?

«Perinatal means" around the birth ", to speak of perinatal bereavement, therefore, indicates the loss of a baby or girl during pregnancy, childbirth or in the period immediately following birth. This is the simplest and at the same time broad definition that can be given. And that's what I prefer. Although there are many terms and classification systems for this event, depending on the causes, the time and the ways in which it occurs, the characteristics of the child and variables that I had not even considered, I I focused on the qualitative, relational and affective aspects of the experience.

In fact, I am convinced that speaking of perinatal bereavement undoubtedly means speaking of a week of pregnancy, pathology and medicine, but it also means speaking of love, life and death, motherhood, paternity and parenthood, family and brotherhood. , of loss. Above all, it means talking about a the silent, unexpected, deaf and cruel pain of a fracture in one's parenting project which, just as the etymology of the interruption suggests, breaks in the middle, creating a stop in the experience of life ".

What is useful to know about this trauma?

«A mourning that strikes in the vicinity of birth, that is, of Life in its fulfillment, cannot but be peculiar. I tried to highlight these peculiarities in the book, at least for how I experienced them. First of all it is a mourning against nature because it requires welcoming death where there should have been life, a task at the limit of the possible that projects parents and the whole family into an alienating and difficult to understand dimension: it is like having to make two opposites, by their nature incompatible, coexist. Secondly, it is a usually sudden, unexpected and dramatic event that wipes out the future as it was imagined.

The death of an unborn or newborn baby is an event for which one cannot be prepared and for which it is difficult to give meaning in whatever condition or gestational age occurs. If these aspects are then inserted into a cultural climate in which motherhood is often portrayed as a concentration of "beautiful things" and a happy ending, it is evident how the impact with this event can become potentially and dramatically traumatic and lock yourself up in a private and claustrophobic dimension from which it can be really tiring to get out ».

Read also: Death in utero: the emotions of a mother for her unborn child

What happens in the family? How to get out?

“What happens in the family looks like a real emotional tsunami. Each story is different and I don't want to generalize. In the book, I likened the breaking of Pain into a family to a visit from an unexpected, unknown and unwelcome guest. Each member of the family reacts in their own ways and at their own pace: there are those who hide and pretend not to be there, those who in spite of themselves welcome the guest smiling but with death in their hearts, those who run away from home, those who are afraid and remain frozen at the door, those who try to bar the entrance to don't let him in. All, in different ways, impact with the unexpected guest.

There is no right way or wrong way. Certainly that visit cannot be avoided and certainly that pain will profoundly change all members of the family and their way of being together. I venture to say that perhaps, however, to really get out of it and even a little better, there are two ingredients that I consider fundamental. The first is to do it "together": with the courage, availability and profound respect that allows us to be next to each other, even in silence but together. The second is to keep as close as possible to the "truth": with the words and times possible for each one, but accepting all that this guest brings with him ».

Mourning: how to communicate it to children?

“Talking about death and loss with children is a complex task, in front of which many adults are literally speechless. Even more so when death is difficult to explain, unexpected and unjust as happens in perinatal bereavement. For this reason, I think, the temptation to avoid the subject and give in to silence by (apparently) keeping the children out can be very strong. In reverse, the invitation that runs through the whole book is precisely to search with all your might, the words to tell one of the most difficult realities to explain. It is anything but simple: in the book a lot of space is dedicated to this courageous journey that accompanies adults to reflect on the words to say and not to say, on the moments, the ways, the allies and the risks to be faced in order to communicate the news of death. of the little brother or sister.

These words should be softly direct, true, clear and understandable. That is, they must tell the truth in a simple and direct way but not for this crude, they must be understandable and arrive as a clear and not overwhelming sound to the ears of children. Finally, they must be syncopated, that is, rhythmic in such a way that they can be repeated, with the appropriate variations, as often as necessary. I would like to say, however, that it is a job that is not done only with words: it is a path that must also involve the heart and body of both children and adults. In this sense, any creative, narrative or symbolic tool that helps to narrate, represent and make emotionally communicable is welcome ".

Read also: A story to overcome the pain of an abortion TAG:
Coffee and milk spots in children: how to recognize if they are "cravings" or neurofibromatosis ❯

add a comment of Prenatal and perinatal bereavement, 10 tips to help overcome pain