Princesses and blue princes: tips to get rid of toxic myths 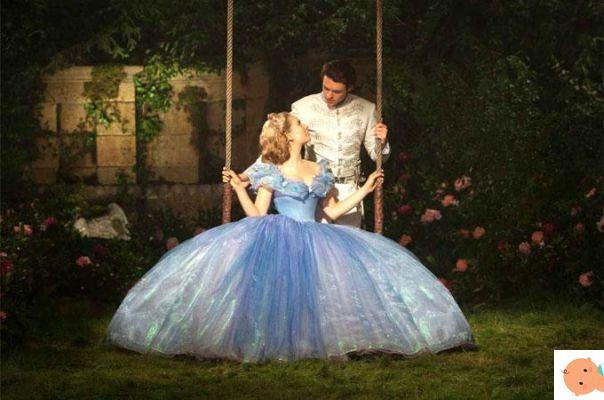 "Prince Charming does not exist." How many times have friends, relatives and parents uttered this phrase? Surely too many!

The confirmation of this concept finally comes from the book written by the psychologist and professor Julius Caesar Jacob and called The charming prince does not exist (Roi Edizioni), in which the author, with his typical provocative and pungent tone, faces one of the most timeless and most "toxic" myths of the Western world: that of charming prince.

In particular, Jacob starts from the origins of the myth of the charming prince and comes to explain some theories of evolutionary psychology, throwing light in an original way on the dynamics of the couple and their contradictions. Through imaginary dialogues between ideal princes and princesses and real dialogues stolen during his travels, the psychologist demonstrates how this myth has done more damage than anything else. We interviewed him to let him tell us something more.


READ ALSO: Education, the 10 fundamental things we need to teach children and teenagers

The book "The charming prince does not exist"

Professor Jacob explained that the idea for the book was born after about thirty years of activity as a psychotherapist, during which he often met women of 30, 40 or 50 who still believed in Prince Charming.


"Not only that, but believing in something that doesn't exist, these women continually clashed with disappointments, or rather, disappointments, accusing the men of failing to meet expectations that they themselves had never actually manifested. They gave men a fault that was basically theirs, for having believed in a myth and not having seen reality ».

Why is the myth of the charming prince one of the most "toxic" and timeless in the Western world?

“The request for assistance from women corresponds to a real need, which however concerns the childhood age. It is normal for a teenager to feel the need for a male to protect her: this is part of an evolutionary picture of nature. Usually the protective male is the father. '


"However, in the event that the father has not taken on this task or the girl is forced to distance herself from the father (albeit protective), she will continue the search for a protective figure to fulfill her father's duties, continuing this need into old age. This need, when it is infantile, is legitimate. But it is no longer legitimate, but pathological in adulthood».

So how is it possible to face a path of evolutionary maturation that leads to a peaceful life as a couple?

“The way to overcome this need is simply grow up, become an adult. A grown woman does not need a man to protect her at all costs. The problem is that in our current society, based on consumerism and capitalism, being able to grow is very difficult ».

“And it is difficult for a woman to become financially independent before she is 20. If this does not happen, the woman extends her infantilism from a psychological point of view beyond the age of 20, up to the age of 30 or 40 and even beyond. Instead, she should have overcome the need for a protector with growth. '

What are the causes of these myths?

“In the immediate post-war period, when we were very poor, everyone was forced to go to work at 14 and there were very few women-girls and men-boys. The same happens in today's poor societies: it is difficult to find non-"adult" children already at 13, 14, 15 years old. And the same goes for girls. "

«Our society, on the other hand, allows you to be supported by your parents until the age of 20, 30 and even beyond and this prevents you from becoming adults. Becoming an adult means knowing how to deal with life's problems on your own. It is necessary to establish economic independence first, then emotional independence. Yes, you have to leave your family, go to work, become emotionally and economically independent. But very few do it in our society. This is why infantilism has become the rule ».

“Furthermore, a consumer industry for 'teenagers' has been created which would not make sense in a healthy society. Teenagers should not be consumers, the market should be aimed at satisfying adult needs. Today, however, the industry is aimed at supplying superfluous goods not only to adolescents, but also to children of a few years. The whole of society is therefore oriented towards a "maintenance of the infantile age" up to old age: this leads to psychological breakdowns. I, as a therapist psychologist, have seen a veritable gallery of "children" of 30, 40 years and beyond that is truly incredible: these people are not able to face any more serious difficulties and so-called "panic attacks" have arrived. which today are the rule ".

«I offer only one important piece of advice: it is the most difficult one to implement. It is necessary initiate boys and girls into work before the age of 20, that is, to enable them to become economically independent, to detach themselves from the family and to become adults.

“We need to have the courage to prepare our children for a job, giving them a foundation for an economically sound situation that lasts a lifetime. I also speak of technical trades: from carpenter to plumber, from welder to tailor or electrical technician.

Currently, a job on your hands allows you to have a very profitable situation ».

"There is only one solution, therefore, in my opinion: to put children in a position to make themselves economically and emotionally independent, teaching them to love and esteem themselves, without always having to depend on someone who must at all costs assist them, maintain them, protect them».

“Prince Charming has ruined women's lives more than cholera, tuberculosis and polio combined. Entire female generations have sacrificed their lives in the expectation and consummation of a relationship with an elusive ghost, who often turned out to be a scoundrel, unreliable and selfish ». GC Jacob

YOU MAY ALSO INTEREST: How to understand teenage children

Education, 10 ways to give children a GOOD EXAMPLE

Our children look at us, let's never forget that. And they imitate us. "All our actions as parents are perceived by our children as normal. But we do not only educate ...

TAG:
Probability of getting pregnant with each ovulation ❯

add a comment of Princesses and blue princes: tips to get rid of toxic myths