Probiotics in pregnancy: a new weapon against pediatric allergies 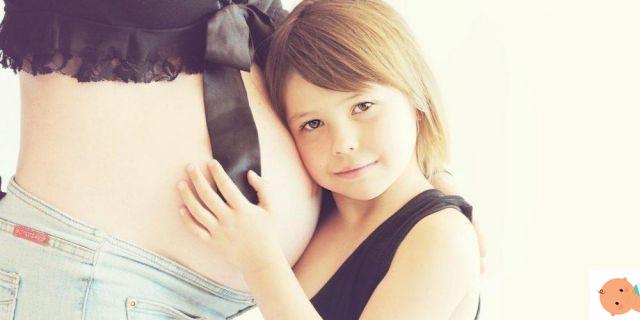 Atopic dermatitis, allergic rhinitis, asthma and food allergies in children could significantly decrease thanks to the correct use of probiotics. A strong ally for you mothers; a powerful protective shield worn little and not suggested in a capillary way if you think, for example, that in Del Paese, in the last 20 years, the percentage of allergic children has tripled, going from 7% in 1995 to 25% today.

Yet, a correct use of probiotics starting from the third month of pregnancy, then administered to the baby during the first year of age, could halve the incidence of allergies in high-risk infants. A reduction confirmed by the international guidelines on probiotics for the prevention of atopic and autoimmune diseases desired by the World Allergy Organization (WAO) and by the Canadian Department of Clinical Epidemiology and Biostatistics of McMaster University.

The advice of scientific societies on probiotics

Allergies in the pediatric age

One in four children in developmental age has allergic rhinitis; asthma and food allergies come soon after and affect up to 10% of children under two years of age. Infants, on the other hand, are victims of atopic dermatitis, a real "scourge" which has recorded a constant increase in cases (+ 6%) in just ten years and which today affects more than one million children.

According to the guidelines, the administration of some probiotic strains to expectant mothers during pregnancy lowers the risk of eczema in children by 9%, if the intake continues during breastfeeding and weaning the probability of developing atopic diseases is further reduced by the 15 and 5%. Some studies also show that taking probiotics before and after childbirth can also avoid the onset of food allergies and rhinitis and can significantly reduce the duration and impact of respiratory infections, before symptoms become chronic.

All these pathologies, in addition to having a significant socio-economic impact, affect the present and future of children: from social relationships to academic performance. A desirable solution, therefore, according to Paolo Scollo, national president of SIGO, Giovanni Corsello, former president of SIP, the allergy Alessandro, co-author of the document of the World Allergy Organization, and Mauro Stronati, president of SIN, would be to adopt the most effective groups of probiotics for primary prevention and to inform with adequate tools about the benefits they can have on the health of mother and child.

What probiotics in pregnancy are useful against children's allergies

An example of a probiotic useful against children's allergies is Lactobacillus rhamnosus GG, already tested in the treatment of infectious gastroenteritis and diarrhea, frequent problems in infants and younger children, which has proved to be more effective than the others in reducing the prevalence of allergic disorders.

What probiotics to take in pregnancy

Some probiotic strains affect the vaginal bacterial ecosystem and maintain an adequate pH level by preventing inflammation and infections such as bacterial vaginosis and fungal vaginitis. These conditions are particularly dangerous because they increase the risk of abortion, preterm birth and postpartum complications such as endometritis or can affect the normal development of the fetus and lead to a reduced weight of the newborn at birth.

In addition to allergies, another interesting aspect concerns the colic of infants: some probiotics are able to reduce stomach ache and desperate crying.

add a comment of Probiotics in pregnancy: a new weapon against pediatric allergies