Probiotics: when they are useful 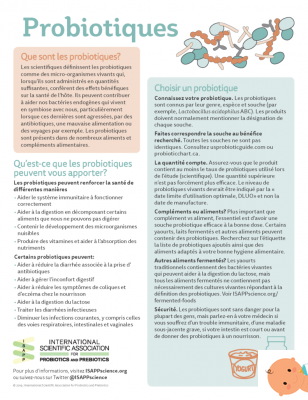 In recent years, a large number of studies have been published demonstrating the positive effects of probiotics on many aspects of health. In fact, probiotics have the function of keeping the intestinal microbiota in balance with important advantages for the well-being of the whole organism. Probiotics support the immune system, help reduce the symptoms of many diseases (including those affecting the skin) and, in some cases, can also be used for colic in newborns. But the benefits don't end there. The Prof. Salvatore Cucchiara, Director of the Department of Gastroenterology and Pediatric Hepatology of the Policlinico Umberto I Hospital in the city.

The probiotic name derives from the fusion between the Latin prefix "pro", meaning "in favor" and the Greek noun "bios", meaning life. Probiotic therefore means "in favor of life"And it is really true because probiotics, by contributing to the health of the intestine, have a positive function for the well-being of the whole organism. "According to the World Health Organization, probiotics are live organisms which, when administered in adequate quantities, bring a benefit to the health of the host" - explains Prof. Cucchiara, who then adds "these microorganisms live with us and interact with ours. organism, producing substances that are very important for our immune defenses ".

To be even more precise, i Probiotics are bacterial strains which, after having passed all the hostile filters of our digestive system unscathed, such as stomach acids, biliary and pancreatic enzymes, not only manage to coexist peacefully with the bacteria already residing in the intestine (microbiota), but also they help to perform their functions in the best possible way, such as inhibiting harmful bacteria and preventing their proliferation, producing good enzymes, stimulating the intestinal immune system.

Often these terms are used interchangeably, but these are different things.

PROBIOTICS: As we have seen probiotics are live microorganisms  able to survive in their transit along the intestinal tract and to exercise a beneficial function for the intestine. They fall into the category of live lactic ferments. However, not all lactic ferments are probiotics.

PROBIOTICS: lactic ferments are not all the same and are distinguished on the basis of their ability to bring benefits or not to the microbiota. Non-probiotic lactic ferments, for example, have no effect on the intestinal microbiota and are often used by the food industry. The difference lies precisely in the fact that probiotics arrive alive in the intestine. the fundamental characteristic of lactic ferments is to ferment lactose producing lactic acid.

PREBIOTICS: as Prof. Cucchiara explains, "they are non-digestible organic substances (especially complex sugars) that are able to stimulate the growth and / the action of probiotics". That is why today the industry offers products, called symbiotic, in which both probiotics (bacteria) and prebiotics are present.

What are probiotics for

The first benefit of probiotics is in the intestine: arriving in active form in the intestine, they are able to maintain the correct balance of the microbiota which plays an important role in the performance of the various functions of the intestine - digestion, absorption, stimulation of the immune system, elimination of harmful and useless substances. Keeping the microbiota in balance means prevent many intestinal disorders such as bloating, indigestion, constipation, acute diarrhea. Thanks to the numerous studies carried out in recent years, it has been shown that probiotics can also be useful in other situations.

They strengthen the immune system

We certainly cannot say that the regular intake of probiotics protects us from any type of infection or that it is able to protect the entire immune system, but a microbiota rich in "good" bacteria it is able to effectively counteract the entry of "bad" bacteria. Furthermore, a well-balanced intestinal microbiota is able to better protect the intestine and helps it to perform its functions optimally.

During and after a course of antibiotics

Taking probiotics for at least 2-4 weeks from the start of antibiotic therapy helps to replenish the intestinal microbiota more quickly. Thanks to probiotics it is also possible to prevent diarrhea, a frequent side effect of antibiotics.

Colic in the newborn

To date, there are no drugs or herbal preparations of proven efficacy against infant colic. However, some studies, including a meta-analysis published in the journal Pediatrics, have observed one shorter duration of colic if you are administering probiotics (especially lactobacillus reuteri), but the recommendation is valid only for breastfed babies. Clearly, if the baby cries a lot and seems to be in pain, it is advisable to contact the pediatrician and avoid doing it yourself.

According to the guidelines for the prevention of allergies in children of the World Allergy Organization (WAO), taking probiotics during pregnancy, during breastfeeding and in the first year of life of the baby can reduce the risk of developing allergies. even if in a not very high percentage.

atopic dermatitis: some studies have shown that children with allergic predisposition have a different intestinal microbiota compared to children who will not develop allergies. "In this context, some probiotics could act positively on the intestinal microbiota and prevent atopic manifestations" explains Prof. Cucchiara. But it should be emphasized that at the moment data on allergy prevention are not yet sufficient.

However, what now seems to be proven is that the intake of probiotics, as indicated in a research recently published in the journal Experimental and Therapeutic Medicine, has beneficial effects on the symptoms of atopic dermatitis.

Allergic rhinitis: According to a systematic review of the scientific literature, published in the Wiley Online Library, probiotics may be useful in the improve symptoms and quality of life in patients with allergic rhinitis, but evidence is limited and further studies will be needed to establish recommendations. Another recently published study in which the authors observed an improvement in the symptoms and quality of life of patients who used probiotics reached the same conclusions. Here too, however, the data are still insufficient for a general recommendation.

Read also: Autism, here's everything you need to know

Could Probiotics Be Useful During Pregnancy? According to the American Pregnancy Association, using probiotics during pregnancy is safe and may even help prevent some infections of the urogenital tract which are more frequent during pregnancy, such as cystitis and vaginosis. It is certainly known that the intestinal microbiota is closely linked to that of the bladder and that numerous forms of vaginosis can be caused by an alteration of the resident bacterial flora.

How to choose the right product?

There are various types of probiotics, each characterized by a specific family, species and strain. Each type of probiotic can be more useful in particular situations. Eg:

In any case, as Prof. Cucchiara points out, "probiotics go chosen on the basis of scientific evidence - says Prof. Cucchiara. - Today we have a good amount of data available that allow doctors to suggest to their patients what is best to buy. "This is why probiotic supplementation should be carefully evaluated by an expert.

Read also: Medicines for children, instructions for use

Where do you buy probiotics

Probiotics are readily available from pharmacies, but can also be found in the supermarket. In both sales channels you can find quality products, except that in the pharmacy they are conveyed in a more "medical" form, in bottles or vials, while in the supermarket they are presented as a food.

We find probiotics in fermented foods as:

To ensure a healthy intestine, from an early age, it is important to have the child follow a healthy, varied and balanced diet, which provides an adequate and well-distributed intake of fibers throughout the day. In fact, fibers, in addition to playing an important role as 'scavengers' of waste in the intestine, have aprebiotic action, that is, they are like the building blocks our microbiota needs to thrive. So let's try to accustom our children to the use of unrefined foods, also respecting the indications on the daily consumption of fruit and vegetables.

Read also: How to make preschoolers eat vegetables TAG:
Processionary: that's why you should stay away from it ❯

add a comment of Probiotics: when they are useful