Puerperium, what is and who is the puerperium 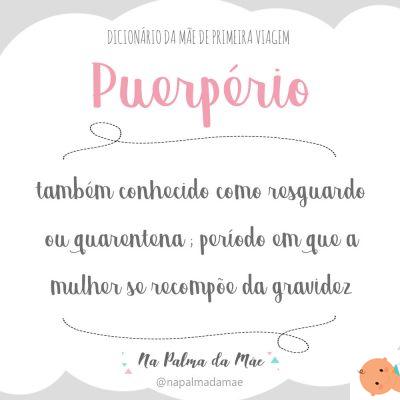 All women who give birth know they are going through a beautiful and joyful period, but also a difficult one. In fact, the female body, after childbirth, undergoes a notable change, which must be given time to complete: this phase is called the puerperium.

Read also: how to cope with 40 days after childbirth

Puerperium, what does it mean

According to the definition on the website of the Ministry of Health with puerperium this generally refers to the period of time necessary for the female genital system to resume its normal function after childbirth. Conventionally, a duration of 6 weeks is assigned to this period.


In particular, immediately after delivery of the placenta (afterbirth), the first two hours are defined post-partum due to the drastic changes that characterize them, which mark the passage of the organism from the pregnancy to the puerperal state. And, in the postpartum period, the woman should always receive a clinical evaluation (vaginal bleeding, uterine contractions, blood pressure, temperature, heart rate, etc.) and be supported to encourage exclusive breastfeeding.

La giving birth is the woman who has just given birth. She derives from the Latin puerperium, puerpera, composed of puer, which means child, and opinion, to give birth.

Generally, it is assumed that a new mother must be happy all the time just because she has become a mother, but this is a false myth, because it takes time to adapt to the new role of new mother. We must always remember that parents are not born, but made. And a good help in this regard could be the postpartum doula, as immediate support once back home.

The drastic hormonal shift, especially the collapse of estrogen and progesterone, which occurs after childbirth and the physical and mental fatigue due to labor and delivery can lead to a state of melancholy, which is nicknamed baby blues o maternity blues.

The latter situation coincides with an indefinable feeling of sadness, irritability, melancholy and restlessness, which reaches its peak 3-4 days after birth and generally disappears within a few days (within the first 10-15 days from childbirth).

If the problem continues it could be postpartum depression (DPP), which instead has more intense and lasting symptoms and must be treated.

How long does the puerperium last?

The duration of the puerperium (the word is read with the accent on the second e) is on average about 6 weeks (40 days), but it is not constant for all, it fluctuates according to the subjects and according to the normality or otherwise of previous pregnancy and childbirth.

TO KNOW MORE, READ: How to cope with 40 days after childbirth

How to cope with 40 days after giving birth? The podcast

How to cope with 40 days after giving birth? Answered by Dr., midwife at the Intreccio Treviglio office.

add a comment of Puerperium, what is and who is the puerperium