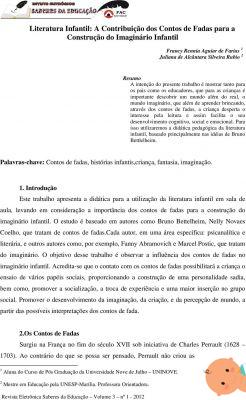 After the first 6 months of life, when the baby is able to follow the pages with his eyes, it is possible to start offering him suitable books with large and simple images and with very little ...

That starting from an early age to read fairy tales to children (even before they can understand the meaning of what they hear) develop their language skills it had already been established by a study carried out in 2006, according to which this activity greatly enriches the vocabulary that the little ones will be able to use later. (Read also Mom, read me a story)


But now new research, led by Suzanne M. Egan and Aisling Murray of the Irish Economic and Social Research Institute, has shown that reading stories to babies also helps improve cognitive development in the first months of life. According to the study, i 9-month-old children who are read stories and fairy tales at an early age score higher on cognitive development tests (both in terms of problem solving and communication skills) regardless of other interactions with parents (such as, for example, showing them pictures and photographs). (You might be interested in Tell me a fairy tale and I'll understand what you think)

The positive effect obtained thanks to the reading of fairy tales, however, according to the researchers is still less substantial than that observed in children to whom parents speak frequently, even while they are carrying out other activities. (See also Fairy tales stimulate the imagination and overcome fears)


TAG:
She wants the second child, he doesn't ❯