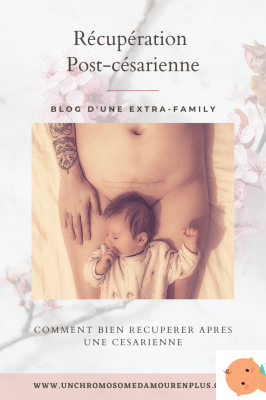 How long does it take to sit down? And on your feet? When to drink and eat? When should the dressing be removed? How long does blood loss last? The answers to the most common doubts of mothers about Ferdinando's post-caesarean, delivery room manager of the San Raffaele hospital in our city.

1. Those who give birth in the morning can already drink and eat the same evening

Until a few years ago, she waited the next day before giving food or drink to the new mother; now, if the caesarean was performed in the morning, the mother already in the evening can drink and eat something light.

It is an important precaution for recovery, because it makes the woman feel less 'sick' and less dependent on external interventions, helps her to regain strength faster, restores the functionality of the digestive system more quickly. "It goes without saying that in the first hours after surgery the drip is inevitable, both to rehydrate the woman and to administer oxytocin, which is used to contract the uterus and prevent bleeding", highlights the gynecologist. (Read also: CAESARIAN DELIVERY, EVERYTHING YOU NEED TO KNOW)

2. Sessions a few hours after giving birth. On your feet the next day

Another indication that has changed compared to a short time ago concerns the stay in bed: until now we tended to keep the woman in bed until the day after the surgery, now, despite the inconvenience due to drip, catheter and blood loss, you try to do to put the new mother sitting on the chair already in the evening and to do it get up from the following morning. "It is a measure aimed above all at the prevention of deep vein thrombosis, which can be favored by prolonged immobilization, as well as by any circulatory problems of the woman" she says.

3. The lap band is not mandatory but can help provide relief when standing

In the days following the surgery, when the woman is standing, it may be useful to wear an abdominal band at the level of the suture: it helps to relieve tension on the abdominal muscles and to keep the edges of the incision close together. In addition, it gives patients a feeling of greater protection and support and some relief from pain. The use of the band is not mandatory - except in the increasingly rare occurrence of a longitudinal incision - and the choice to wear it is left to the patient: if he benefits, he can wear it for about ten days, having the foresight to take it off when sitting or in bed.

4. Blood loss is like natural childbirth and lasts 30-40 days

The blood losses - called lochiations - are similar to those that occur following a natural birth. "They are generally a bit milder in the first few days, as the uterine cavity can be carefully revised and placental material is unlikely to remain," he says, "after which last for 30-40 days as in natural childbirth". These are bright red losses for the first few days, then pink and finally yellowish liquid (they are serous), although interspersed with traces of blood. The lootations are physiological and do not require medical supervision, unless they are particularly abundant. (Read also: THE 40 DAYS AFTER BIRTH, HOW TO FACE THEM)

5. The pains of the uterus are the normal ones of childbirth. If the caesarean section hurts you can take paracetamol

The pains are the normal consequence of every birth, both natural and caesarean, and are due to the contractions of the uterus, which 'works' to return to its original size. They are generally milder after the first birth, more intense in the following ones, when the contractions are more powerful and painful, so much so that they have earned the name of 'uterine bites'. To uterine bites, after a cesarean are added the pains of the incision: in the first day, they are attenuated by the drugs prescribed by the anesthetist; in the following days the therapy is evaluated on the basis of the perceived pain and is managed at the request of the patient. The pains are unlikely to persist even after returning home: in the eventuality, you can take del paracetamol, an active ingredient also compatible with breastfeeding.

6. The dressing should be removed in 1-2 days and the stitches removed after a week

In most cases, the wound does not cause any problems and it is rare for it to become infected. To help heal, the dressing is removed as soon as possible, usually 1-2 days after surgery. As for the sutures, most hospitals use staples that must be partially removed on the fourth day and totally on the sixth-seventh day. Removal does not cause discomfort, so much so that in theory the woman could remove the stitches even by herself, with special tweezers. In other hospitals, a resorbable suture is used, which therefore does not require removal.

7. You can take a shower, but with care

If the woman feels the deso, she could take a shower as soon as the dressing is removed, taking care ofi put a clean patch back on dry skin at the end of the shower. As a precaution, however, it is better to ask the gynecologist for the ok.

8. Home usually after 4 days. If you are well you can ask to go out to the third

Hospital discharges after a cesarean usually take place on the fourth day; however, if the woman is well, the gynecologist may allow her to go home already on the third day. "When new mothers are discharged, they walk quite quickly, even if for a few days they will still have a bit of an embarrassment. But already after a week or ten days their conditions are comparable to those of a woman who has given birth naturally.

Read also: Caesarean section: how it happens and what risks it entails

Can anyone who does a caesarean section in the morning drink and eat in the evening?

Until a few years ago we expected the next day, while now, if the caesarean was performed in the morning, already in the evening the mother can drink and eat something light.

Is it possible to sit a few hours after the caesarean section?

Currently, despite the inconvenience due to the drip, catheter and blood loss, attempts are made to have the new mother seated in the chair in the evening - a few hours after the caesarean section - and to get her up the following morning.

Can I take a shower after the caesarean section?

If the woman feels the deso, she could take a shower as soon as the dressing is removed, taking care to put a clean patch back on dry skin at the end of the shower.

TAG:
Inclusion income in pregnancy: what it is and how it works ❯

add a comment of Recovery after a caesarean section