Rooming in: what it is and what are the advantages 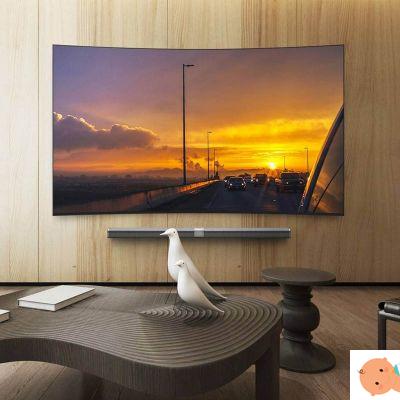 The practice of rooming-in allows the mother and the newborn to stay together 24 hours a day during the stay in the hospital, immediately after the birth. Thinking about it for a moment, in reality it is nothing more than the simplest, most instinctive and natural behavior that can be implemented. We talk about it with, Director of the Department for Women, Mother and Newborn, of the ASST Fatebenefratelli Sacco.

"By rooming-in we mean the coexistence of the newborn in the mother's room in the days following the birth" - explains the Professor -. "So the mother can latch him to the breast or simply take him in her arms at any time, regardless of the pre-established times for feeding, which are now out of date. This practice serves to promote breastfeeding and physical contact."

Why it is good: what are the advantages for the mother and for the baby

"We shouldn't even ask ourselves this question: it should be the practice that the baby stays with the mother. In any case, the immediate practical benefit is that breastfeeding stimulates continuous milk production. Furthermore, according to attachment theories, the instinctive bond that is created between the newborn and the figure with whom he spends the first moments of his life is fundamental. It also happens in nature. The bond is twofold, so that even for the mother an initial close contact allows the development of a positive relationship. Finally, let's not forget the father: there are two parents. Even the father can stay in the room with mother and child during the rooming-in, so that the bond develops harmoniously with both parents ".

Read also: The 40 days after childbirth, how to face the puerperium

Rooming-in and skin-to-skin: the correlation and the benefits

"Skin-to-skin is part of the broader concept of rooming-in that we have just illustrated. Specifically, it consists of skin-to-skin contact between the mother and the newborn baby. The midwife evaluates that everything is fine and he places it on his mother's breast, even with the cord still attached. Like rooming-in, this practice serves to create the bond between mother and child, and also stimulates in the mother the milk production. It is also used to regulate the baby's temperature, ensuring better thermal adaptation thanks to the direct heat of the mother's body.

Obviously, in these two hours in which the baby and mother are left together, there is always the health staff who monitors the situation in such a delicate moment. Skin-to-skin is not implemented in the event that doubts or problems arise regarding the health of the newborn, which is always a priority, or if the mother is too tired or tried ".

WHO and Unicef ​​promote the practice of rooming-in. "The contact between mother and child, which occurs both at the epidermal and visual level immediately after birth, should continue offering the mother the possibility ofi always keep the baby with you - reads the joint document -. The practice of rooming-in should therefore replace that of keeping mother and child in separate rooms and in contact only during scheduled visits.

The first practice has a series of important advantages: for example, it facilitates the creation of an emotional bond, makes breastfeeding possible whenever the infant requests nourishment and allows closer contact with the father and other family members. The moreover, the risk of neonatal infections is lower if the infant stays in the mother's room rather than in the closed environment of a nursery. The maintenance of mother-child contact favors the colonization of the skin and gastrointestinal tract of the newborn by the maternal micro-organisms, which tend not to be pathogenic in nature and against which the antibodies contained in the mother's milk act. The newborn is therefore simultaneously exposed and protected by the organisms against which it will develop active immunity only in a subsequent period ".

Read also: The homecoming with the newborn: what to expect, how to organize

Rooming in after the caesarean: can it be done?

The answer is yes: "If there are no complications, the mother gets up very early, about 12 hours after the caesarean section - confirms the Professor -. The time of anesthesia must pass, then the cradle can be brought close to the bed. Obviously there is always staff who can help the mother, and as we said before in normal times - because Covid has changed many habits - we always encourage the presence of the father as well ".

TAG:
Rooming in, what are the benefits for mom and baby ❯

add a comment of Rooming in: what it is and what are the advantages