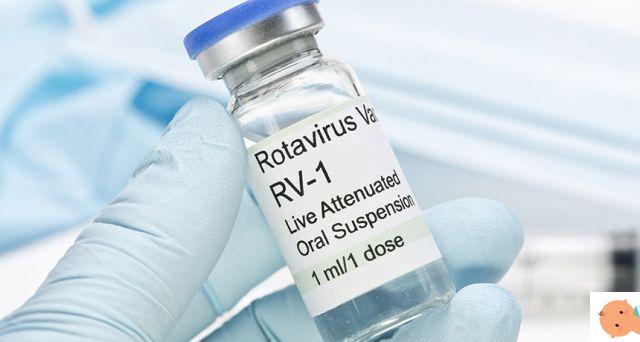 It is one of the infectious diseases most common in childhood. Every year, in Europe several hundred thousand children under five come to the emergency room with rotavirus gastroenteritis and for many of them - from 75 to 150, according to a report by the European Center for the Prevention and Control of diseases - hospitalization is required.


The symptoms are gastrointestinal: vomiting and diarrhea sometimes, but not always, accompanied by fever.

There is no specific therapy: the infection heals by itself within a few days, but it is necessary to try to moisturize well affected children, to avoid the risk of dehydration.

Spread and transmission of rotavirus

Rotavirus gastroenteritis is an extremely widespread disease worldwide, not least because the contagion, which occurs via the fecal-oral route, is very easy. The responsible virus is quite resistant in the environment and can be found on many surfaces, so the infection occurs through food, water or objects contaminated with feces, but also through droplets of saliva.


Transmission is particularly frequent in crowded communities such as nurseries. In Del Paese, the virus infects mainly in the winter period, between November and March.

Here, as in developed countries in general, it is not a serious disease, but the ease of contagion, malaise, days lost at school or, for parents, at work, must be taken into account. And for younger children there is the risk of hospitalization if the diarrhea continues and the child is not sufficiently hydrated. In developing countries, however, dehydration resulting from diarrhea can be very serious and even lethal.

However, this disease can easily be prevented with a vaccination.

It is a vaccine for pediatric use only consisting of live viruses, modified in such a way as not to cause the disease. It is assumed by mouth and can be given together with other vaccinations.


In Europe they are available two different types of vaccine against rotavirus, one to be administered in two doses, the other to be administered in three doses. In Del Paese this vaccination is not included among the ten mandatory by law but it is warmly registered mail by the Ministry of Health. The vaccination schedule provides for full vaccination starting from the sixth week of life to be completed by the 24th (two-dose vaccine) or 32nd (three-dose vaccine).

A very recent comprehensive review of clinical trials on rotavirus vaccines, published in March 2022 by a group of international experts (Cochrane), the most accredited international initiative for the critical review of information on health interventions, confirmed that in high-income countries Rotavirus vaccines prevent the vast majority (80% and more) of the most severe cases of rotavirus diarrhea.

The protection offered by the vaccine lasts for a few years. Since the incidence of rotavirus gastroenteritis is highest in the first few years of life, no boosters are required after completing the full course of rotavirus vaccinations scheduled for the first few months.

Who cannot be vaccinated

When to postpone vaccination

In case of minor illnesses such as colds or coughs, vaccination can be done safely. Instead, it is better to wait for recovery in the presence of moderate or severe illness, including severe vomiting and diarrhea.

The risks of vaccination and side effects

Like any other drug, vaccines can cause adverse effects, such as an allergic reaction (which however occurs very rarely and which vaccination centers are prepared to deal with). In the vast majority of cases, rotavirus vaccination is not a problem, but in some cases irritability, loss of appetite, fever, diarrhea and / or vomiting may occur after the vaccine. In even rarer cases, a particular condition has occurred, called by experts "intestinal invagination" (ie the sliding of a section of the intestine into another section of the intestine itself).

Older rotavirus vaccines carried an increased risk of a particular form of intestinal blockage called intestinal intussusception, which must be treated in the hospital, sometimes with surgery. With the new vaccines this risk is significantly reduced and in any case lower than that which can occur spontaneously in unvaccinated children: one case for every 50 vaccinated children which would add to the 60-200 cases for every 50 unvaccinated children according to the European report. Provided, however, that the first dose of vaccine is administered within 12 weeks of life.

The Cochrane review also confirmed the safety of these vaccines, noting in its conclusions that "there was no evidence of an increased risk of serious side effects".