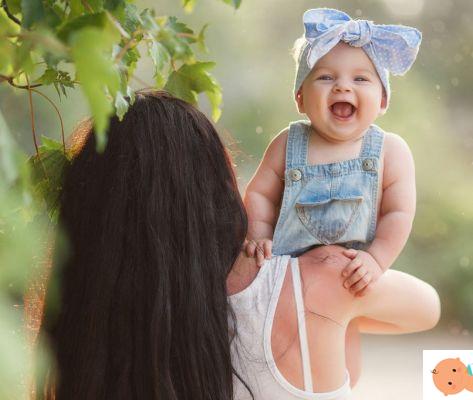 A law that is being discussed in the Russian Duma these days. With the aim of protecting the personality and rights of children.

Lawmakers are in fact debating a bill banning parents from giving their children strange, unusual or ugly names.

In particular, as reported by rainews, the text specifies that "names consisting of numbers, abbreviations, positions, degrees, symbols and their combinations will be prohibited by law". In addition, exotic and offensive names will also be prohibited.

(Read baby names A to Z)

In fact, in Russia lately there is a lot of use of uncommon names. Among the males the most used are Odysseus and Dobrynia, but there are also Delfino, Cristamrirados, Aprile and Amour.


For girls, on the other hand, it ranges in literature, with names such as Assol, Baghira and Malvina, but also Principessa Daniela, Alessia-Caprina, Oceana and Sofia-Soletto.

The civil registry and civil status officers are in trouble because currently, by law, it is not possible to prohibit a parent from calling their child what they like.

A novelty these days? It doesn't seem like it

"In the days of the Soviet Union, many children and children received the abbreviation or acronym of several famous communists as their names. For example in MELS (acronym for Marx, Engels, Lenin, Stalin). Or VILEN which means Vladimir Ilyich Lenin ( the full name of Lenin) "explains Tatyana Sokolova, associate professor at the Higher School of Economics in Moscow.

Strange names given to children, the ranking of the most bizarre ones

Inspired by mythology, TV series and even cartoons: when it comes to choosing the name of your child, moms and dads show great creativity. There...

What is the Duma. The Duma represents the lower house of the parliament of the Russian Federation. It can pass laws, which must be accepted by the Federal Council of Russia, and is based in Moscow. TAG:
Sleeping bag: 7 things to know before buying it ❯

add a comment of Russia: bill to ban strange names