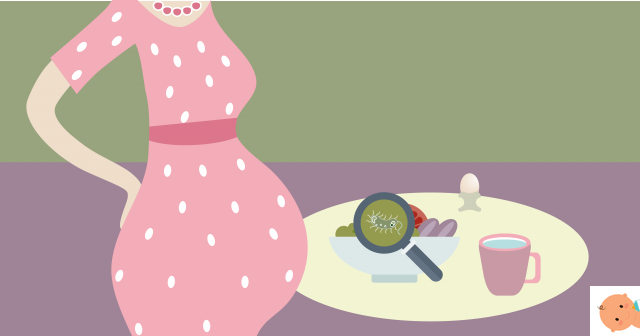 Salmonellosis is a food-borne infection caused by the Salmonella bacterium. The main reservoirs of infection are represented by animals and their derivatives (such as meat, eggs and milk consumed raw or unpasteurized) and the environment (non-drinking water) which represent the vehicles of infection.

Risks: what does it entail if contracted during pregnancy?

During gestation, the infection can impair fetal development due to the conditions of:

in severe cases it can be associated with premature birth or even intrauterine death.

The woman becomes infected mainly for ingestion of contaminated food or water. Cooking and food hygiene are therefore the main ways of prevention.

(For further information: nutrition during pregnancy)

Read also: Carbonara in pregnancy TAG:
Sausages during pregnancy, which ones you can eat ❯