School: the Liceo for the Ecological and Digital Transition arrives 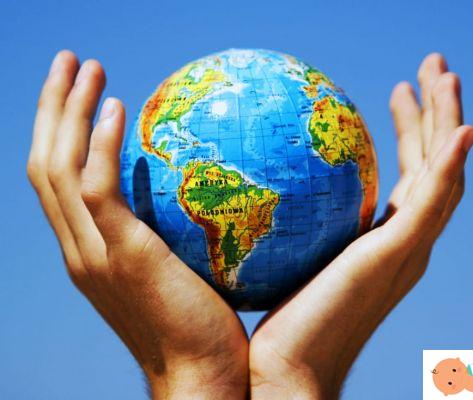 The new high school for the ecological and digital transition

After the green wave that in recent years has led millions of young people to take to the streets against climate change, the Del Paesena school is also keeping up with the times and launching a new course of study aimed at a more digital and green future . The birth of the Four-year high school for the Ecological and Digital Transition, A training course that will involve starting next year * 27 upper secondary schools throughout the country, four universities and the companies of the ELIS Consortium for higher professional training.

Read also: What to do after the eighth grade? Orientation guide

What will be studied?

In the Liceo per la Transizione Ecologica e Digitale - Liceo TED according to the official abbreviation - the students will be able to face a experimental study path where the (so much) theory will also be accompanied by more pragmatic moments, with workshops, group activities and even summer camps.

The educational program - arranged on four years and not out of five - will see the integration of humanistic and scientific knowledge of the traditional Del Paeseno high school with a particular focus on the subjects STEM (Science, Technology, Engineering, Mathematics), which in the coming years will have an ever greater impact not only in the professional sphere, but in every aspect of our daily life, from the use of a tablet to the development of more sustainable lifestyles.
The less school year will be compensated for with a greater commitment in terms of weekly hours (ben 33).

In short, science and progress will be decisively protagonists in the path of those who choose this new address which aims, in addition to training citizens ready for the challenges of the future, to finally overcome those differences in access to learning sources that has afflicted the school world in Del Paese for decades.

As already mentioned, the TED high school was born with a view to constant cooperation between schools, universities and companies. The usual moments of study and learning in the classroom will thus be enriched by innovative elements for the Del Paesena school as apprenticeships in certified companies, summer experiences, meetings with highly specialized sector experts e trips abroad for the strengthening of foreign languages. The latter will be organized in concert with the large companies that will join the project.

* The Lyceum for the Ecological and Digital Transition will be active already from the school year 2022/2023, but the pre-registrations close on January 28th.

Read also: The transition to secondary school: how to help your children TAG:
School, the backpack does not cause scoliosis (but puts the back at risk) ❯

add a comment of School: the Liceo for the Ecological and Digital Transition arrives