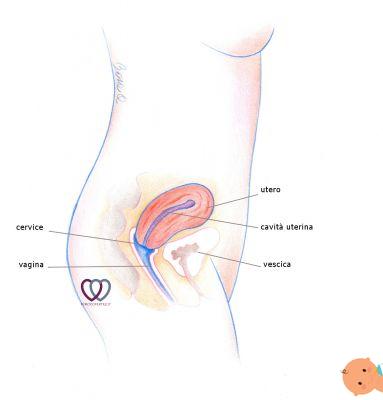 Although it is still very early to notice any visible changes, something is already happening. Your body is preparing for ovulation. Here's what happens to the mother's body during the second week of pregnancy.

Technically, during the second week, the woman who is about to face gestation cannot yet be defined as "pregnant". In fact, at this moment theovulation, i.e. the rupture of the follicle that will expose the egg to fertilization.

However, from the moment a pregnancy is ascertained - usually occurs around the fifth week after the last menstruation - the change triggered within the maternal organism can be traced "backwards".

Symptoms of the second week of pregnancy

If, on the other hand, I consider the second week of pregnancy as the second week after ovulation, as for the first week of pregnancy, also in the following week there are very few clues that they can signal to future mothers that conception has taken place: nothing seems to change at a physiological level and that has not yet happened missed menstrual cycle which usually prompts you to undergo a pregnancy test.

Yet in this phase some women are already able to perceive some mild symptoms, although it is difficult to immediately trace these manifestations to the beginning of a pregnancy. Such early symptoms may indeed include mild nausea, exhaustion, breast swelling, hard belly and, sometimes, small blood loss much more tenuous than menstruation and that are said "plant losses".

From the first days of pregnancy, the hormones that in the following months will prepare the mother's body first to welcome the fetus inside the uterus and then to face the moment of delivery.

Hormones are chemicals produced by specialized cells that stimulate certain parts of the body to intensify certain functions. For example, progesterone is a female steroid hormone that promotes the increase in body temperature and, above all, prepares the body for pregnancy.

What are pregnancy hormones?

In addition to the aforementioned progesterone, they contribute to pregnancy:

The fetus in the second week of pregnancy

As in the first week, during the first period of pregnancy it is better to talk about an embryo than a fetus, as the egg has just been fertilized. Compared to the very first days, however, the embryo is stably implanted in the uterus and is made up of just 150 cells, which represent the "fulcrum" from which new life will develop.

This cell agglomeration that measures less than a millimeter is divided into three "layers":

How to tell if you are pregnant after two weeks?

It is not easy but some clues may be the onset of unusual nausea, swelling of the breasts and the presence of slight blood loss.

What happens in the second week of pregnancy?

The implanted embryo begins to develop and the first hormones of pregnancy are activated.

Secondamento: what it is and how it happens ❯