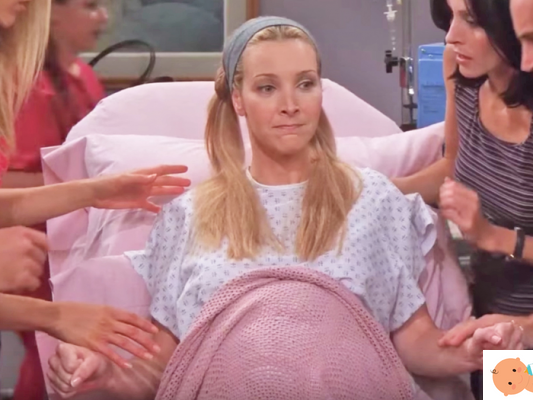 Do women eat more when they are expecting a boy? And can lifting weights cause placental abruption? Does suffering from heartburn (burning behind the breastbone) during pregnancy mean that the baby will be born with a lot of hair? And again: is it true that if you eat peanuts while you are pregnant, your baby could develop an allergy? And that if the belly grows forward, the baby is a boy? Scientific American analyzed seven myths about pregnancy and found that not all of them are far from reality.

1 - Do women eat more if they are expecting a boy? True.

In 2003, the magazine recalls, a group of American and European researchers studied the diets of 244 pregnant women, finding that those who were expecting a boy ate, on average, 190 calories a day more than those who were expecting a girl. And those extra calories did not make the mother fat but were used to nourish the fetus more, since males, at birth, weigh on average more than females.

During pregnancy, Scientific American points out, women are advised not to lift weights, but not because of the danger of placental abruption. The risk, due to the posture, is rather that of an increase in the danger of muscle tears in the back or of unbalancing and falling crushing the belly, causing damage to the fetus. (read also: pregnancy and placenta previa)

3 - If you suffer from heartburn, will your baby have a lot of hair? Likely.

Research from Johns Hopkins University in Baltimore, says the scientific journal, has put this myth to the test with a study, but the results were not what was expected. Because 82% of women suffering from the disorder then gave birth to babies with more hair than average. Since the study was not extensive enough, the certainty that heartburn and the amount of hair are related is not yet definitive, but the clue certainly goes in this direction. The suspicion is that the "culprits" are estrogen and progesterone, which on the one hand cause heartburn (also relaxing the esophageal sphincter), but on the other hand stimulate hair growth.

4 - Should pregnant women avoid eating peanuts because they could develop allergies in the baby? False.

For Scientific American, there is no evidence that eating peanuts, shellfish, or other potentially allergenic foods during pregnancy increases the risk of your baby developing an allergy to those foods. For an allergen to reach the fetus, explains Aziz Sheikh, an allergist at the University of Edinburgh, "it must first enter the mother's bloodstream, and then cross the placenta, maintaining a form that remains allergenic". But maternal metabolism breaks down allergic foods into non-allergic components (such as amino acids) before they enter the bloodstream.

5 - If the belly develops forward, is the baby a boy? False.

How the baby bump develops, explains George Saade, chief of maternal and fetal medicine at the University of Texas, “largely depends on how and how much the abdominal muscles separate, leaving room for the uterus to expand. And whether the belly is high or low depends on how much the pelvic joints are loosened, thanks to the action of the hormone relaxin, to make room for the fetus ". Finally, the position taken by the fetus during pregnancy also affects. (Read also: male or female, here's how to find out)

According to Robert Zurawin, an obstetrician and gynecologist at Baylor College of Medicine in Houston, overweight or obese women have a higher chance of giving birth to overweight babies. The reason, the magazine reports, is that overweight women have a greater risk of developing gestational diabetes, due to which the woman's blood contains excess glucose that passes to the fetus via the placenta. "It is as if the baby eats ice cream continuously throughout the day," explains the doctor. (Read also: weight in pregnancy)

7 - Is it only the mother's biological clock that counts? False.

Scientists have long known that the advanced age of the mother increases the rate of infertility and the risk of the baby having chromosomal diseases such as Down syndrome (the incidence is 1/1000 for women under 30 years of age). 1/400 for 35 year olds and 1/60 for 40 year olds). But the age of the father also matters, explains Joshua Copel, obstetrician and gynecologist at Yale Maternal-Fetal Medicine in New Haven, Connecticut to Scientific American: according to some research, a 40-year-old father is 6 times more likely than a 30-year-old to having an autistic child, and a 50-year-old is three times as likely as a 20-year-old to have a child with schizophrenia. (Read: Fertility, How Male Reproduction Works)

Read also: Is it possible to influence the sex of the unborn child?

FROM MAMMENELLARETE, THE STORY - Ultrasound errors

"I thought I wanted a boy, but when they put my little surprise on my stomach I realized that she was my reason for living, 3,500gr of pure love, my potato yaaa !!! She was beautiful, she smelled like a baby !!! Now I watch it grow, all the effort I made to "do it". 15 hours of pain, it was really worth it! "

Read the story on ultrasound errors