Sexting: what it is and why it involves teenagers 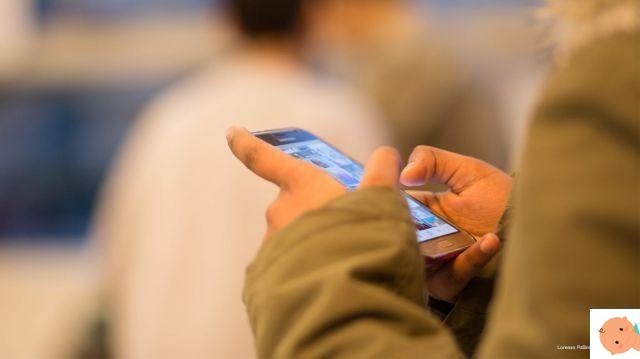 There are some important stages in the development of men and women. One of these is theadolescence, which has always been considered a problematic period of life, especially due to the psychological effects of the changed relationship between the adolescent and his own body. Furthermore, during this delicate period, there is a tendency to commit transgressions that are seen as an approach to the world of adults.

In recent years, the pressure of the mass media and the spread of digital devices have contributed to the creation of forms of transgression that are faster and less controllable by parents, including sexting.

Sexting, what is it

It comes from the English sexting, a term formed by the noun sex ("sex") and the verbal form texting ("send SMS"). According to reports from Treccani.com, sexting means the sending - through computer devices - of messages, images or videos of a sexual or sexually explicit nature.

This is an alarming phenomenon (especially in the case of minors), since it consists in the practice of photographing or filming oneself with a mobile phone naked or in provocative poses. Teenagers secretly send pictures from their parents.

Sexting, because it's about teenagers

In a previous interview, MyModernParents.com asked the doctor about the phenomenon of sexting among adolescents. , psychotherapist, member of the Minotauro institute and author with Gustavo Charmet of the book entitled "Narcissus in love" and concerning the way adolescents love.

According to the doctor, adolescence is the period of change and experimentation and it is in this period that young people come into contact with some strong dynamics, including, for example, that of the group, in which they have great relevance la fear of disliking and the desire to be accepted.

As regards the narcissism, a sign of the frailty of adolescents, the doctor said: "In this moment and in this society where beauty, success and the recognition of others are increasingly important to feel accepted, even the photo of one's body that receives appreciation it becomes a way to feel safer. Going deeper, however, this exposure or overexposure of one's body denotes a fragility and a strong insecurity about one's appearance ".

Sexting is related to adolescent mental health and sexual behaviors

Also, one was recently played important study on the question by some American researchers (University of Calgari, Alberta, Canada and University of Texas).

According to the results obtained by scholars, sexting would be associated with certain sexual behaviors and the mental health of adolescents. In particular, the scientists, thanks to a "meta-analysis" of 23 studies including 41723 participants, found that teenage sexting it would be significantly connected with sexual activity in general, with the presence of multiple sexual partners, with the lack of contraception, with delinquent behavior, with problems of anxiety and depression, with smoking and with the use of alcohol and substances .

In particular, it was found that the associations between the practice of sexting and various sexual partners, drug use and various problems of anxiety and depression would be stronger in the younger teenagers and not in the larger ones.

It follows, according to scholars, that educational campaigns should provide young people with comprehensive information on sexting and how to properly manage their digital life.

My son sexting, what to do

First of all, it is necessary to understand well what happened: from whom the request came, if it was induced or if it was done for fear of losing the other.

After understanding the dynamics of what happened, we need to explain them to the children consequences of one's actions and the possible implications, including criminal ones. In fact, according to the law, the exchange of photos between minors falls within the field of child pornography. It is therefore essential to talk and reason together, avoiding dwelling on the photos, but making it clear that the network makes all behaviors much more dangerous.

Finally, parents must pay attention not only to the real world of the child, but also to the virtual one which, on many occasions, is experienced independently by the children.

READ MORE: Teenage children, 5 tips to parents and sexting, how to defend yourself

TAG:
Spring section: what it is and how it works ❯

add a comment of Sexting: what it is and why it involves teenagers