“Shaun, the Sheep's Life: Farmageddon”: in cinemas from September 26th. The official trailer 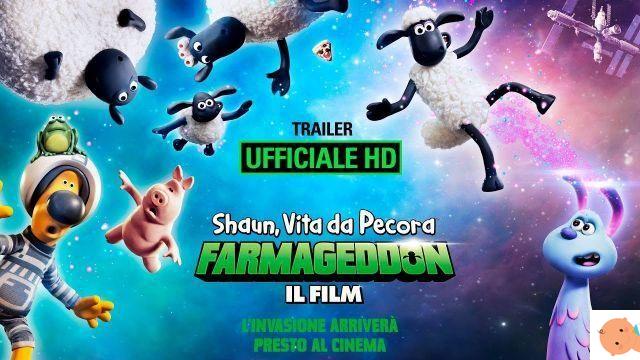 Yesterday, since the early hours of the morning, strange rumors about alien sightings circulated on the blue carpet of the Giffoni Fiml Festival dedicated to the new film "Shaun, the Sheep: Farmageddon - The Movie".

Shaun, the most beloved sheep in cinema, amazes us once again with a genius, or rather spatial idea: in front of the incredulous eyes of the public, a mysterious UFO from a very distant galaxy landed at the Giffoni, with on board LU-LA, Shaun's new intergalactic friend.


The UFO and the protagonists Lu-La and Shaun, were made of resin-coated polystyrene, hand painted by international artisans.


Read also: Mulan: The Official Trailer and Disney Movies for Kids to be released in 2022


The directors of the film, Will Becher, Richard Phelan, held a masterclass telling the secrets of the stop motion technique to the children and teenagers present in the room.

Eager to know which children's films will be released in 2022? Here is a photo gallery with the titles of the most beautiful, including "Remi", "Mia and the white lion", ...

Strange lights over the quiet town of Mossingham herald the arrival of a mysterious visitor from a far-away galaxy.
The intergalactic host - a mischievous and adorable extraterrestrial named LU-LA - crashes with his UFO right next to Mossy Bottom's farm. At that point, Shaun doesn't miss the opportunity to live a new adventure, and sets off on a mission to bring LU-LA back home.
Thanks to its celestial powers, LU-LA will soon bewitch the whole flock. Shaun takes his new alien friend back to Mossingham Forest to find his lost spaceship, but he doesn't know that a mysterious government agency is already on his heels.
Will Shaun be able to avoid a Farmageddon in Mossy Bottom before it's too late?

Watch the official trailer for "Shaun, the Sheep: Farmageddon - The Movie"

Read also: Remake in live action of the Little Mermaid and Toy Story 4 in the Del Paesene rooms: the official trailer TAG:
Shoah: how to explain Remembrance Day to children ❯

add a comment of “Shaun, the Sheep's Life: Farmageddon”: in cinemas from September 26th. The official trailer